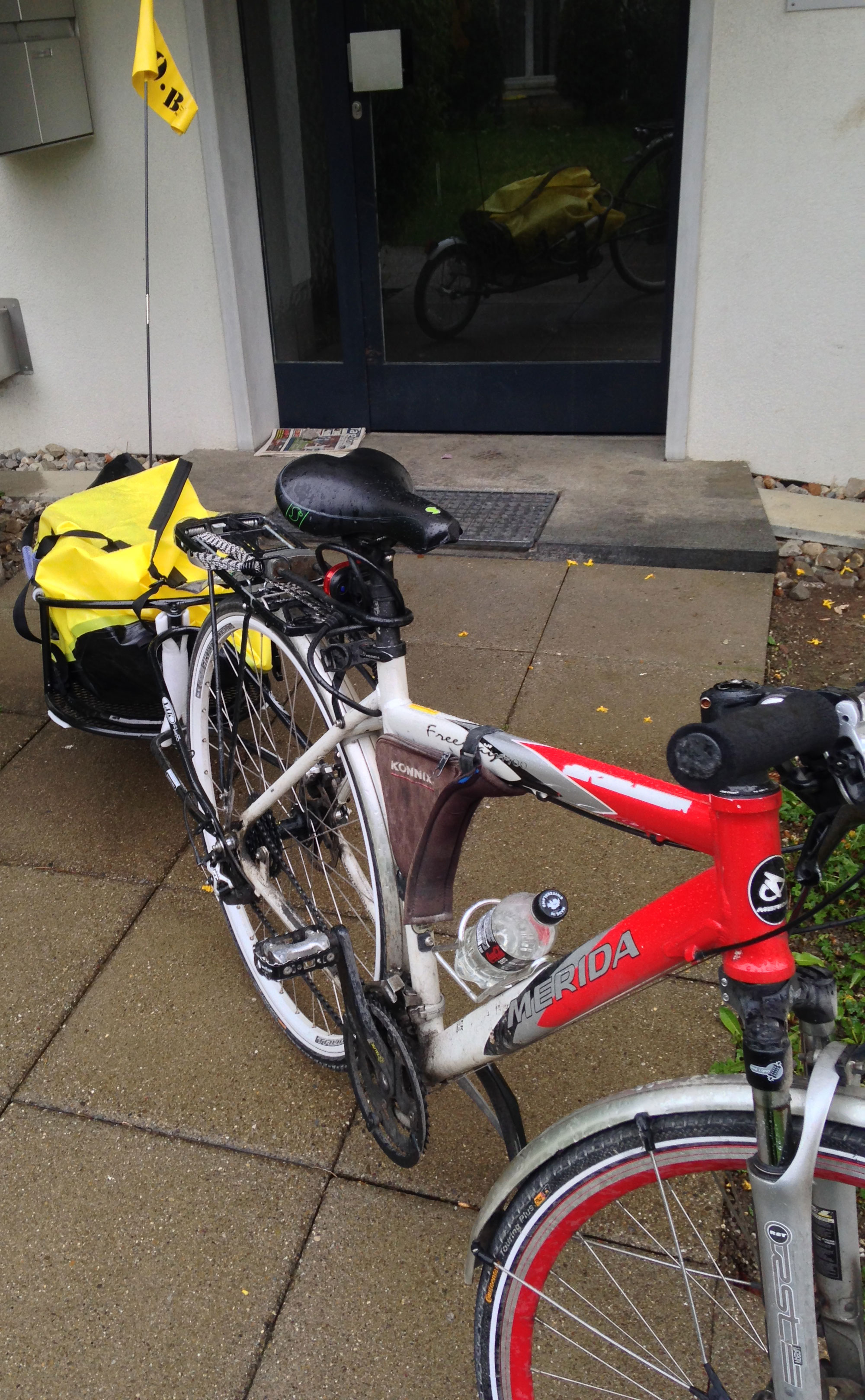 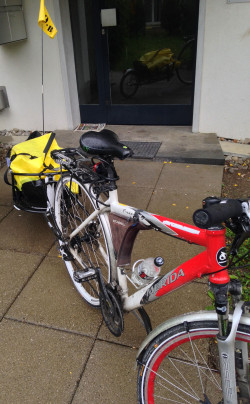 Now that I have driven around with my new Yak bike trailer, here are some impressions about its use in and around Zürich. I was initially unsure on how practical having a trailer would be, but it solves one of the drawbacks of a normal bike: I can now transport some stuff around. This can means small luggage when spending the night at some friends, or groceries, the trailer can fit four Coop/Migros shopping bags, or three if I put them into the trailer bag. Not the cargo capacity of a car, but enough to move around cumbersome stuff.

From the biking perspective, I found the trailer very stable, despite the fact it has only a single wheel, in fact when driving straight, the bike feels much more stable, like biking on rails. The trailer ads some drag, so biking with the trailer is more work, in particular if it is well loaded, but it never feels heavy: when turning, I did not feel like the rear is chasing out because of the weight, basically the trailer ads more of a feeling of inertia than a feeling of mass.

Driving in the city felt good, the flag is definitely needed, as the trailer is low and the car would not see it otherwise, currently the trailer seems to encourage cars to have a more respectful distance, but as these become more common that effect might go away. The trailer has a reflector, but I added a small tail-light, I used one of those cheap clip-on LED lights that attach to the saddle stick, I needed more rubber padding to fix it to the bar holding the rear wheel.

One of the reasons I wanted a single wheeled trailer was to be able to fit to the side of cars in traffic lines, and generally not worry about the width of the trailer. This works fine: if the bike passes thru, the trailer will fit. While width is not serious concern, length is, when crossing streets, in particular if the there is an island in the middle of the road, the island will generally fit a bike safely, but not the bike and the trailer. A similar concern is when over-taking other bikes, as I now need the full length of my convoi to have overtaking before being able to pull back in. I sometimes feel I need one of those long vehicle signs.

Another issue is parking, most of time you cannot just park the bike cum trailing in a bike slot. There is also the need to lock one more thing. While it is possible to carry a bike, for instance to put it into the basement, this now requires multiple operations, nothing critical, but requires a bit more logistics when stowing stuff away at home. A final note about the bag: I bought the trailer with the adapted bag. I was a bit sceptical, as I already have plenty of bags, but this one is really well designed and fits the trailer perfectly and has some attaching hooks.

All in all, I’m very satisfied about the trailer, which is in my opinion a good compromise between a normal bike and a bakfiets. I had hesitated between the Yak model and the Ibex which has a suspension, but things are fine without suspension.