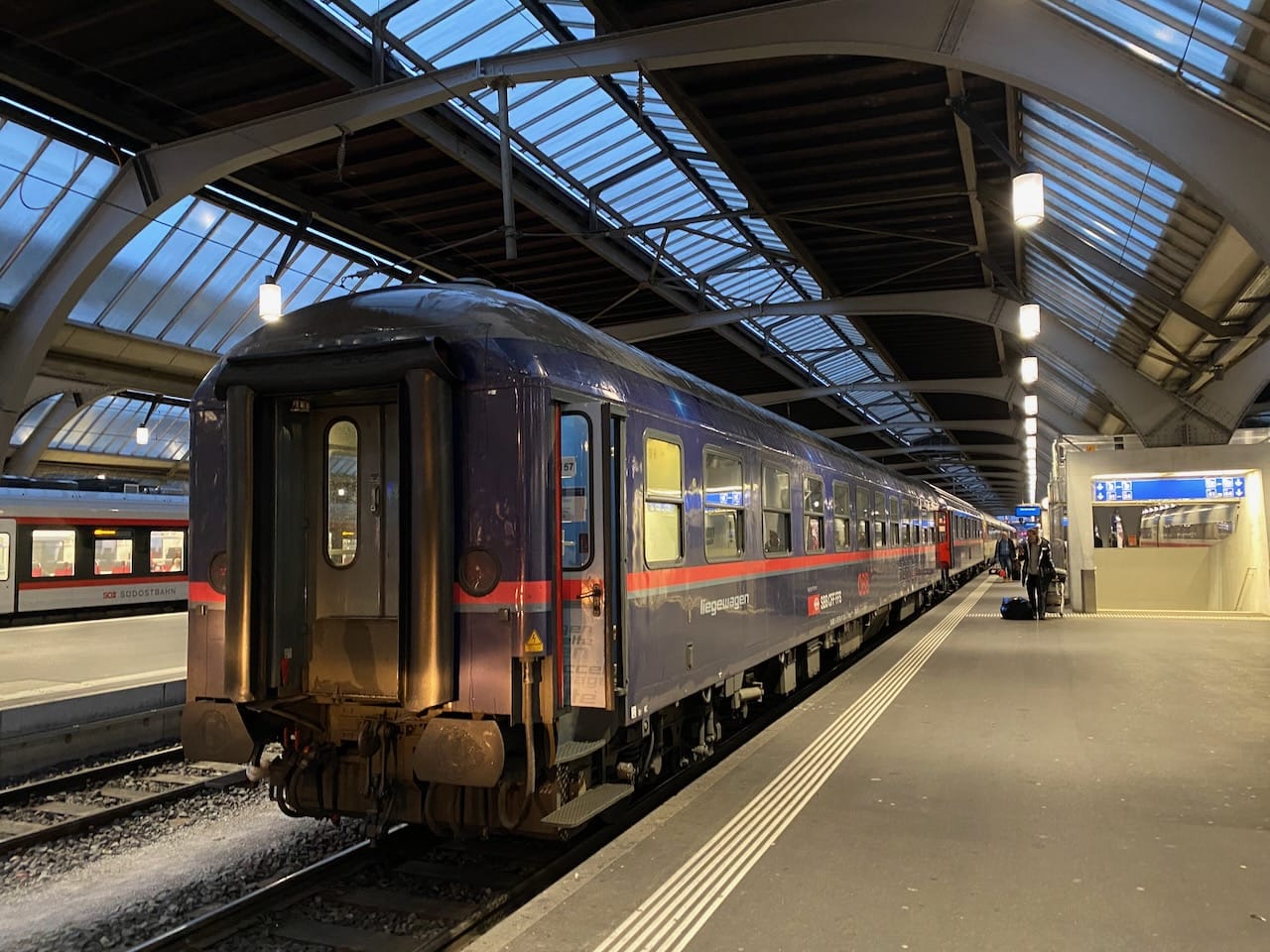 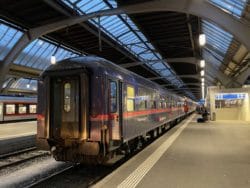 Over the holidays we went for a week to Amsterdam with the night-train. This is a trip we wanted to do last year, but had to cancel because of Covid. For me, this was the first journey by night train since the 80s, when I still used them quite a bit, to Britany, or to Denmark. In the last few years, there has been some renewed interest in this mode of transportation in Europe which is clearly more ecological than flying.

There is also a financial aspect, in particular when you are travelling with kids. Airlines require a ticket even if you take a baby on your lap, and starting at two years, they need their own seat. With the night-train we took a three bed compartment and the baby was free. We paid around 200 € each way, which is cheap for a four person ticket. One important feature for us is that we would have our own compartment.

While the trip is much longer than by plane, getting on-board was very straightforward, you go to the station and board, the train arrived around 20 minutes before departure. We needed quite a few minutes to load all the luggage and the pram into our compartment and the train left. We left Zürich on the 31st at around 22:00 and arrived in Amsterdam at 9:13 the next day (and the next year). The return train left Amsterdam at 20:28 and arrived at around 8:00 in the morning. We traveled both way in the same carriage, in the same exact compartment, this might sound like a small sample, but on each train there were only two sleeper carriages.

Our carriage was old, I would say built in the late 80s, while the exterior had gotten a refresher, the inside was like in the old days, chipped pale green metal panels and steel bars. I suspect our carriage was originally a first class sleeper carriage, with three seats, one locker and a small sink. The side with two seats would convert into three superposed beds. The beds had real bed-sheets and were pretty big, in particular when compared to business class seat/beds. In typical 80s railway fashion, there was a painting on one wall (Klimt’s Kiss). The only compromise to modern times was that the 230V plug also had USB connectors.

Now on paper, this all sounds very nice, when we arrived, there were bags with small stuff – slippers, eye-masks and water bottles and on the way to Amsterdam, some small bottle of sparkling wine – and a form to fill out for breakfast. But we were told the coffee machine was broken, so there would not other option than orange juice in the morning. The toilets of our carriage were out of order and the armrest of one chair broken in an annoying way, and the carpet clearly had seen better days.

While this was not critical, on the way there, I got a notification that the train was not going to Amsterdam, but would drop us before. This turned out to be untrue, but still. On the way back, the controller told us he would rather unfold the beds once we would be sure that our wagon would be allowed to enter Germany, as there seemed to be some technical issue with it. Again, it turned out all right, but clearly reliability is not where it should be, and I felt like I was flying with United.

Still, it is a convenient and reasonably cheap way to travel, in particular with kids: for the older one, it was an adventure, and having your own space with some basic facilities is nice when you are travelling as a family. I hope that this market develop, with more modern carriages and more reliable service.