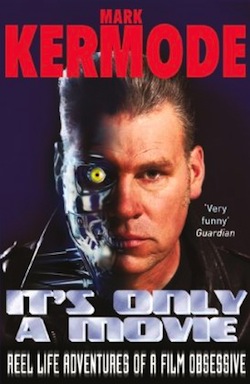 I would hardly be called a cinephile: I don’t go that often to the cinema, things have somehow improved, as I have been to two film festivals last year, but the truth of the matter is that I probably spend more time listening to film reviews that watching movies. The reason for this is Mark Kermode’s film review, that is available as a podcast. I can listen to it while doing something else, and the reviews, in particular about bad movies (for some definition of bad) are very often very funny. I started listening years ago, when a friend sent me the link for the review of the Star Wars Episode 1 movie (not the original first one). It was a slaughter, but a funny one.

Since then, I have been happily tuning-in to listen to the show. While I have been taking the general advice of the good doctor, this has been mostly a way to weed out rotten ones, more than a definitive guide: I don’t share Mark’s taste for horror movies, tend to watch styles he does not usually mention (french movies, japanese animation), and given the difference in the release schedules between the UK and Switzerland, it is quite rare that a movie that is just out in London will be showing in Zürich. So when the existence of a book was mentioned on the show, I did not pay particular attention, like the movies it would appear in my life, or not…

I saw the book while doing some shopping in Edinburg, and bought it. I finished reading it during my trip to California, which was oddly appropriate, as the action starts with Werner Herzog getting shot. The book is a mixture of autobiography and film ranting, both aspects are equally interesting, but the autobiographic part was newer for me, as the doctor’s opinion about movies tend to transpire into the podcast. While enjoyable, the style is a bit rough, and after a full book of kermodian prose, I fully understand why Kermode is not presenting the show alone, why Simon Mayo’s presence is needed to structure the rhythm of the show.

In conclusion, a fun read, which certainly made my flight more enjoyable.