The media presence at the Street Parade this year was quite strong, after all the attention of the accident at the love parade, but there was not major accident, one guy fell of a love mobile, and a two other got into a fight. Compared to the size of the event (650’000 people this year), things went quite smoothly. On the other hand, the gods of weather did not, this year again, smile on the parade. Somewhere after the 10th love mobile drove by bellevue, the clouds stopped being threatening, and it rained. 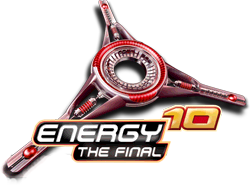 Besides the weather, you could feel that the city tried to constrain the party to the parade’s path: there was no scene inside the railway station, and all activity stopped at midnight. This year, I went to one after: Energy at Hallenstadion. This is a huge party that takes place inside a large hall designed by Bruno Giacometti. This year, there were around 10’000 people at the party. We arrived just in time for Tiësto, sadly we missed David Guetta. Two things struck me, first 8 bit sounds are definitely fashionable, second, the demo-scene had a visible influence on the VJ work. Some of VJ elements reminded me of the Mylène Farmer concert I went some time ago. In fact, Tiësto played one track of her. The party was nice, but I think going to the parade and then to an after is just beyond my energy levels after a week of work.

Gallery of (bad) iPhone pictures of the parade.