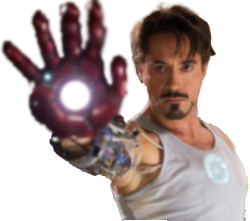 Yesterday I was feeling lazy, having not done much beside doing my shopping, laundry and swimming a little bit – the complex I’m in has a small swimming pool. So I decided to go to the movies, second time in a week, this has not happened to me for years. I went to see Iron Man.

The only Iron man comic book I have read was the one written by Adam Warren, which was interesting. The plot felt a little to artificial, with reversals every x pages. Reading that book, I was mostly wondering why they went to the trouble of having somebody redrawing everything in a more normal comic book style, as this felt like an Adam Warren thing anyway. As expected, this was hardly canonical stuff. In short, I did not really know what to expect of the whole Iron Man franchise, what I expected was just a summer movie with larger plot holes and even larger explosions and special effects. In the end I liked Iron Man more than the fourth Indiana Jones, probably because in the second case, I did not have any expectations.

The movie itself is centered around Johnny Stark, a billionaire playboy selling high-tech weapons. He gets captured by some bad guys, who force him to build a weapon. Instead he builds a iron suit to escape. In the process he realizes that his creations are also used by the bad guys, and tries to do something about it, mayhem ensues (with of course, impressive special effects). The fact I liked in the movie is that main character is self centered and megalomaniac, this means he spends little time in the movie brooding and instead builds stuff, and although he realizes some things during the movie, he basically stays the same. So in the end, this was a good “pop-corn movie”.