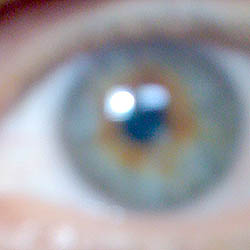 Without further ado, the winner of the quizz in the previous post is Antoine, who correctly suggested solution c, using strong reverse psychology (it was the less absurd answer of them all). I own two computers (my old powerbook g4 and a Mac mini), and three iron tea-pots (two at home, one at work). I have taken ballet classes as a child, a long time ago. I never actually participated in a karaoke competition. I was a sailing teacher for the school Rudevent, on the Arz Island in the Morbihan gulf of Britany. My eyes have two colours, an inner brown ring, and a outer dull green area. I have quoted Lovecraft in my PhD, although the quote is not attributed to him, but one of his characters:

That is not dead which can eternal lie,
And with strange æons even death may die.
Abdul Alhazred

Kudos to those who bravely read the thesis to figure that one out. The only car I owned was indeed a Toyota Starlet, in Japan, and my previous passport had three stamps, Sweden (which exists), Taiwan / Republic (which does not exist as country), and the Deutsche Demokratische Republik, i.e. east germany, which does not exist (anymore).

3 thoughts on “And the Winner is…”