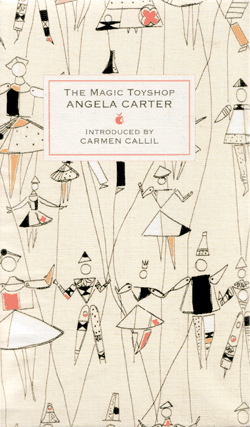 So I finished reading “The Magic Toyshop” by Angela Carter. While I read the book, I had often the feeling that this book was not the kind I usually read. The book is far from being bad, in fact I found the writing exquisite, and I finished the book in one go, so even though the plot is very slow, I felt quite attached to the main character and genuinely wanted to see what would happen. Still I can’t shake the feeling I missed some bit. The central theme of the book seems to be young women’s transition to puberty, but this is describe with such care, such carefully crafted metaphors that I ended paying more attention to the decoration than the core, more interested in the fanciful dress than in the woman contained therein.

Somehow it reminded me of an old TV show from twenty years ago, “Dream On” the protagonist of the Show is a literary agent, and in one of the episode he has to review a book that all woman love, but he can’t figure out anything about it. I had a bit of this feeling while reading “The Magic Toyshop”. Reading a little bit about the author on the web confirmed this impression…