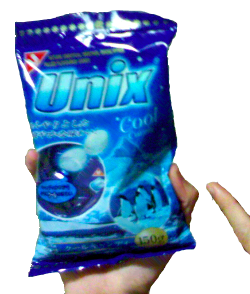 There is an interesting post in the twenty sided blog about Open Art, in response to another post in the chizumatic blog. This is all about using the open-source model outside of the software world, in this particular case fan-subs for anime.

While I like the idea of open-source, I see it as a mean, not a goal per-se. Open-source is a good way to build something common that benefits many, it works well, but only in certain conditions: the project can be built in small increments and evaluated in a consensual fashion. The academic world is supposed to work in a similar fashion, so does the wikipedia.

How does this translate into an artistic project, say creating an anime? The first problem, mentioned by both linked blogs is common interest. Creating an anime is an expensive process, it only makes sense to put the material that make up the anime in the common pot, if the resources invested in creating it can somehow be recouped later on.

In the software field, this works because many programmers don’t sell infrastructure software like operating systems, databases, or web-servers. Instead they typically sell services on that run on this infrastructure. A cheap infrastructure means more money available for buying services. If there were free anime, what additional services would the artist be able to sell? Perhaps one day they will be able to tailor certains anime for each customer, and you could buy a version where the characters look like you want, and you would control the plot. This is called a MMORPG.

This brings us to the second problem, the consensual nature of collaborative projects. Academic research is very consensual, radical ideas, good or bad, are often ignored for a long time. The most prominent open-source projects implement very consensual components, whose core designs are often thirty years old: Linux is an implementation of an operating system from the 70s and MySql of a relational database dating from the same time. In the same ilk, the wikipedia is very good a presenting consensual data. I trust it fully for the description of european cities, basic math, or types of mushrooms, I am much more wary for controversial questions like politics.

Is consensual art interesting? You could argue that popular legends are like this. Folks tales seem to have been built incrementally, each narrator adding some elements and all of them benefitting from an improved pool of stories. That model seems to have broken down with the advent of written culture. Does this work for hollywood movies? I would argue that they already are way to consensual.

Still one of the interests of collaborative models is the ability to fork some project, take its elements and start another project that diverges in some aspect from the trunk. This works for written texts: if you decide that the story of the lord of the ring would benefit from a more active feminine character, you can modify the story to include this new character, you only need the source text of the book and a word-processor (this assumes that you have the right to do that, which in the case of the Lord of the Rings, should be the case, the Tolkien Estate made already way to much money out of this book).

Cool. What about the three Lord of the Ring movies? You can’t simply take a new actress an insert her into the movie. To be able to do this, you would need a machine where you feed in all the data of a movie that actually builds a movie out of it – actually, such a machine exists, it underlies every MMORPG…

There is a reason why there is the word source in the open-source term, the open-source assumes a model where the source are clearly distinguished from the final product, and that the transformation from one to other is a straightforward and deterministic process. Neither assumptions hold in an artistic project: given the same book, the same actors, very different movies would result.

In my opinion, the open-source model does not work well with currently existing medias, it has much more potential in newer medias like MMORPG or whatever replaces these games: a media that can handle multiple inputs and can be reconstructed automatically from small changes in modularized artistic sources.