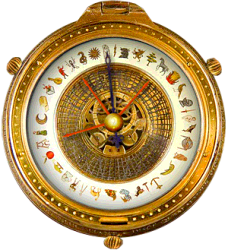 Thursday, I went to the second Google movie outing, to see the Movie “The Golden Compass”. I have not read the book the film is based on, nor did I even know of its existence. The movie itself is clearly a kid’s movie with all the appropriate elements, a fantasy world, multiple people races including bears and witches, a plot around a young girl and lots of cute magical pets. In that respect, I suppose the movie fits the same category than “the Chronicles of Narnia”.

Graphically, the movie was in my opinion well done, the fantasy universe has a distinct steam-punk atmosphere and graphical elements that reminded me of movies done by Marc Caro and Jean-Pierre Jeunet, like The City of Lost Children, alas, the movie is only a kids movie, nothing more, but with the added frustration that the story does not really get to any satisfying state at the end of the movie, I suppose the era of movies that did not require a trilogy is over.

The only element that stuck me somehow was the fact the bad guys were russian-like, and I wondered to what extent this is related to the current situation. One of my colleagues had read the books and told me that the adaptation was disappointing. This in itself was not really a surprise, as movie adaptations are generally disappointing. What surprised me when I looked up information about the movie on the net was the fact there is even a controversy about the book, and even the movie. It seems the book was written by an atheist (as a response to the Narnia books) and the oppressive organization of the imaginary world modelled after the catholic church. This has in my opinion been very seriously watered down in the movie, and is maybe the reason the narrative appears so weak.

In conclusion, while the movie might be entertaining for kids and is graphically enjoyable, the story is in my opinion weak, and having to go thru at least two movies to get to the end seems an expensive proposition if you actually have to pay to see the movie.

One thought on “Golden Compass”