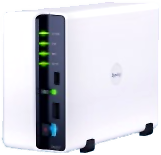 As reader of this blog might have notice, I have been using macintoshes for some time. One of the element in the history of those computers has been the rise and fall of PowerPC processors, since their introduction in the 6100/7100/8100 line, until their replacement last year by the very i8086 familly it was supposed to dethrone.

While the PowerPC is not used in desktop or even laptops, the familly is still around. I have recently bought a NAS, Sinology’s Disk station 207 with two 300GB SATA hard-drives. This device basically acts as a SMB server with a Gigabit Ethernet interface. Inside the box sits an MPC8241 running embedded Linux. Basically, this a PPC 603e core, which was in many Macintoshes. The NAS box has many features, I have only tried out a few. AMUG has a more complete review. It must be noted that my box came with 128MB of RAM.

For the heck of it, I updated my network map. The interesting bit is, while it is quite complex for a home network, there aren’t many computers in it, just many network enabled devices. 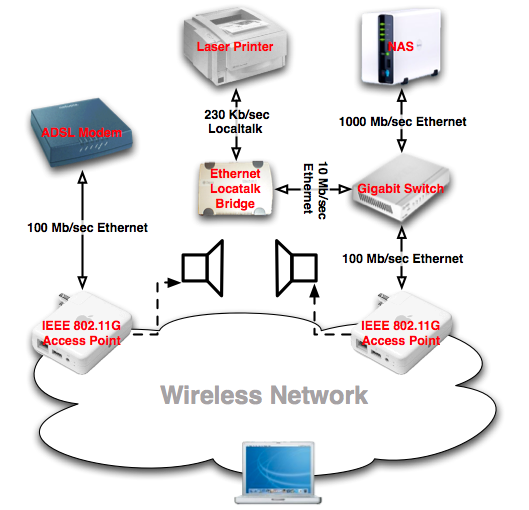 Many people chimed in to remind me that PPC processors are used in quite a few places, in particular gaming consoles. All of the next generation gaming consoles are PPC based: XBOX 360, Playstation 3 and Wii all use PPC chips.

4 thoughts on “The return of PowerPC”