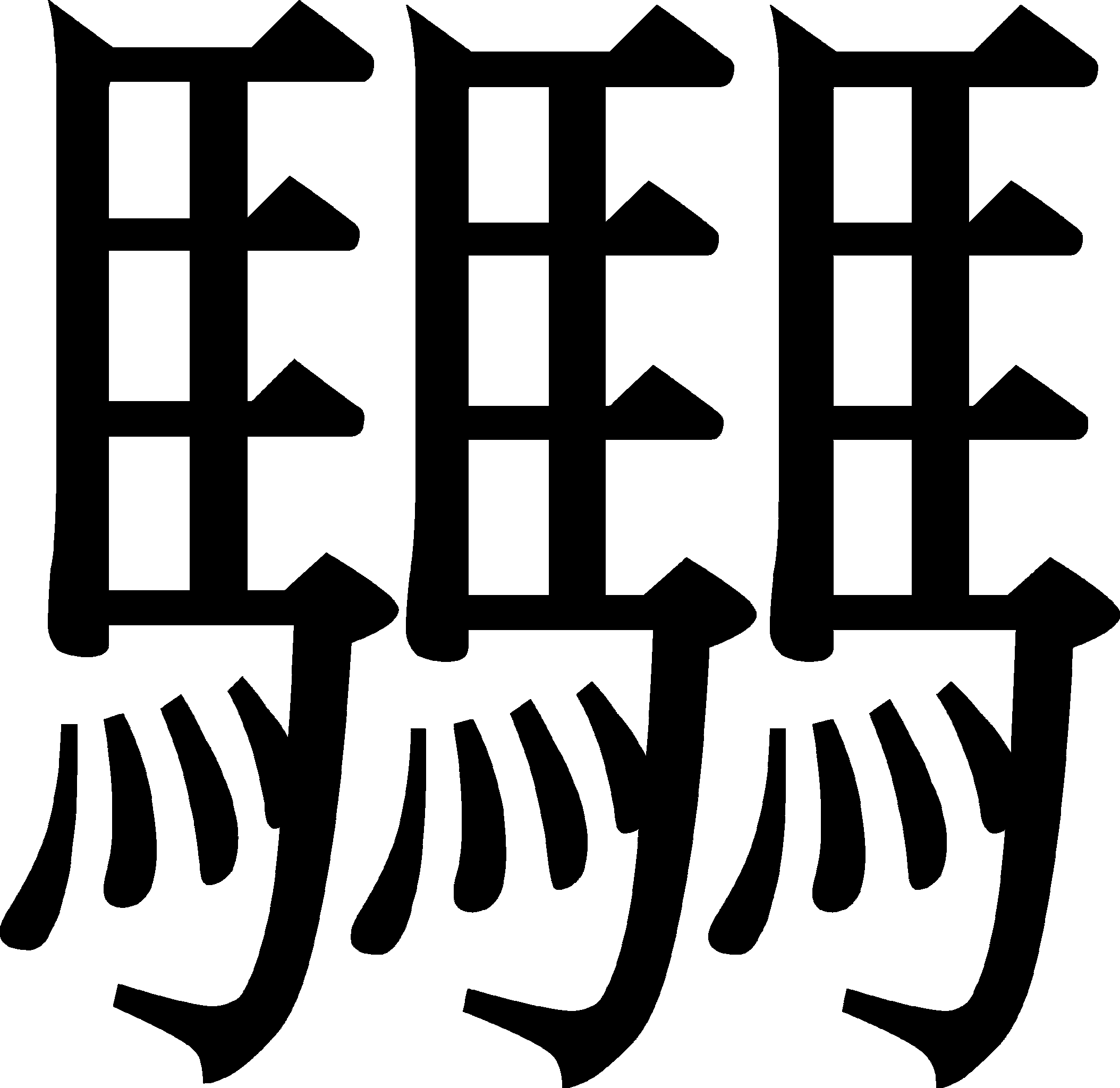 As regular readers of this blog might have noticed, I am fascinated by rare chinese characters. It seems that many in China also do, and used rare ones for the names of their children. Multiplicity has always been hated by administration, and it seems the chinese government is pushing people to change their names to more common characters. There is a similar issue in Japan, where each year the government decides which characters are accepted for names.

The article mentions a character that is three horses, means galloping steeds and pronounced chen, the one I found initially with three horses is 驫, means horses (another entry lists flock of horses stampeding) but according to my dictionary it is pronounced biū.

Looking more closely at the image in the article, the character in the name has the three horses in line, not in triangular disposition, so it is a different character, outside of the Basic Multilingual Plane (BMP), which has the code point x299E2 (traditional variant). So if the Chinese government’s systems cannot handle code points above 16bits, they cannot handle that character. If you just see a square here:  𩧢 instead of the symbol in the top right part of this post, this means that your browser does not have a font that supports the Supplementary Ideographic Plane.

At any rate 馬𩧢 is indeed a cool looking name: four horses in a row, meaning horse galloping. I understand the lady wants to keep her name’s writing. There is also some information about this in the wikipedia entry on China’s naming laws.

There are two free fonts that contain part of the Supplementary Ideographic Plane and in particular character x299E2: