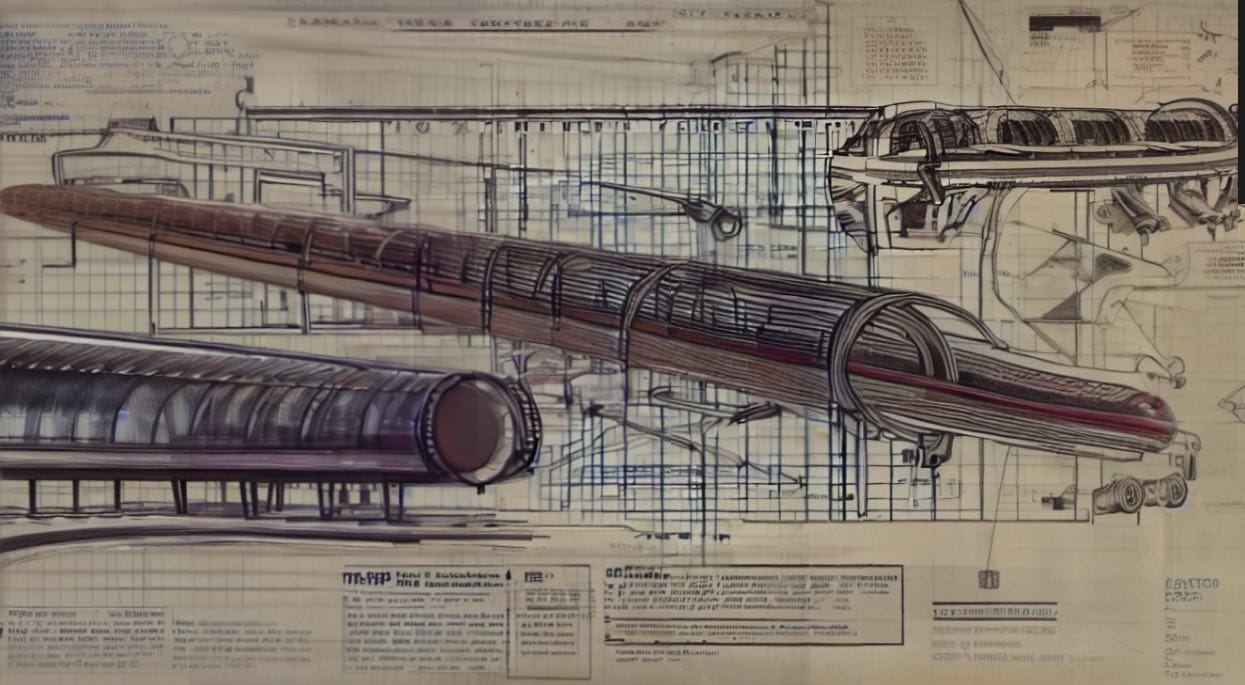 As a child, one book I had about space was a French translation of Space Flight: The Coming Exploration Of The Universe by Lester Del Rey, illustrated by John Polgreen. Published in 1959, this book had very strange feel for a kid growing up in the 80s: the space race was over, and the space shuttle was real, and looked quite different from the conical spaceships in the book.

Elon Musk’s projects always made me think of that book: rockets, big electric cars, magnetic trains. It always felt like he took the content of that book and somehow implemented them using modern technology, the only thing missing was the domed undersea city. For me this was what Musk was really selling, the idea that time could be stopped, that the 50s lifestyle could somehow be preserved or brought back using technology.

Twitter does not really fit this pattern. My first impulse would be to claim it is the social network equivalent of Telex. My father worked in shipping, I saw a lot of these machines, and was fascinated by the paper ribbons that encoded the messages. I doubt this view of Twitter is common, the system shares more commonality with SMS: the length of messages (originally 140 characters, vs 160 for SMS), and support for fancy features like lowercase letters. A product of the 90s, not some german dieselpunk technology.

A global forum where everyone screams at each other does not really match the American ambiance of the 50s. We are talking about a time when social norms were stronger: clothing, controlled language, men going to the army, and hats, everyone was wearing hats. People who want to make the US great again don’t seem to want to dress the part, or speak politely. Nostalgia is all about being selective.

Twitter is not a normal Musk product, which makes sense: he did not create it. He only adopted it. The only commonality in my opinion is the audience, the people who want a comeback of the 50s are also often the ones who are upset when corporation avoid them because their behaviour is unsavoury, or that calling for an insurrection might be illegal. But this is not something that can be fixed within Twitter. Like in bowling, there are rules.

You cannot revolutionise a tech product by adding tech to it, and it’s difficult to simplify a design which is basically a text input box and a publish button. The complexity lies in running that system at scale and balancing between freedom of speech and the various legal requirements, and getting money to pay for this. As Mike Masnick explains pretty well, this is not a trivial thing, and up until now, Musk has been doing an horrible job at this.