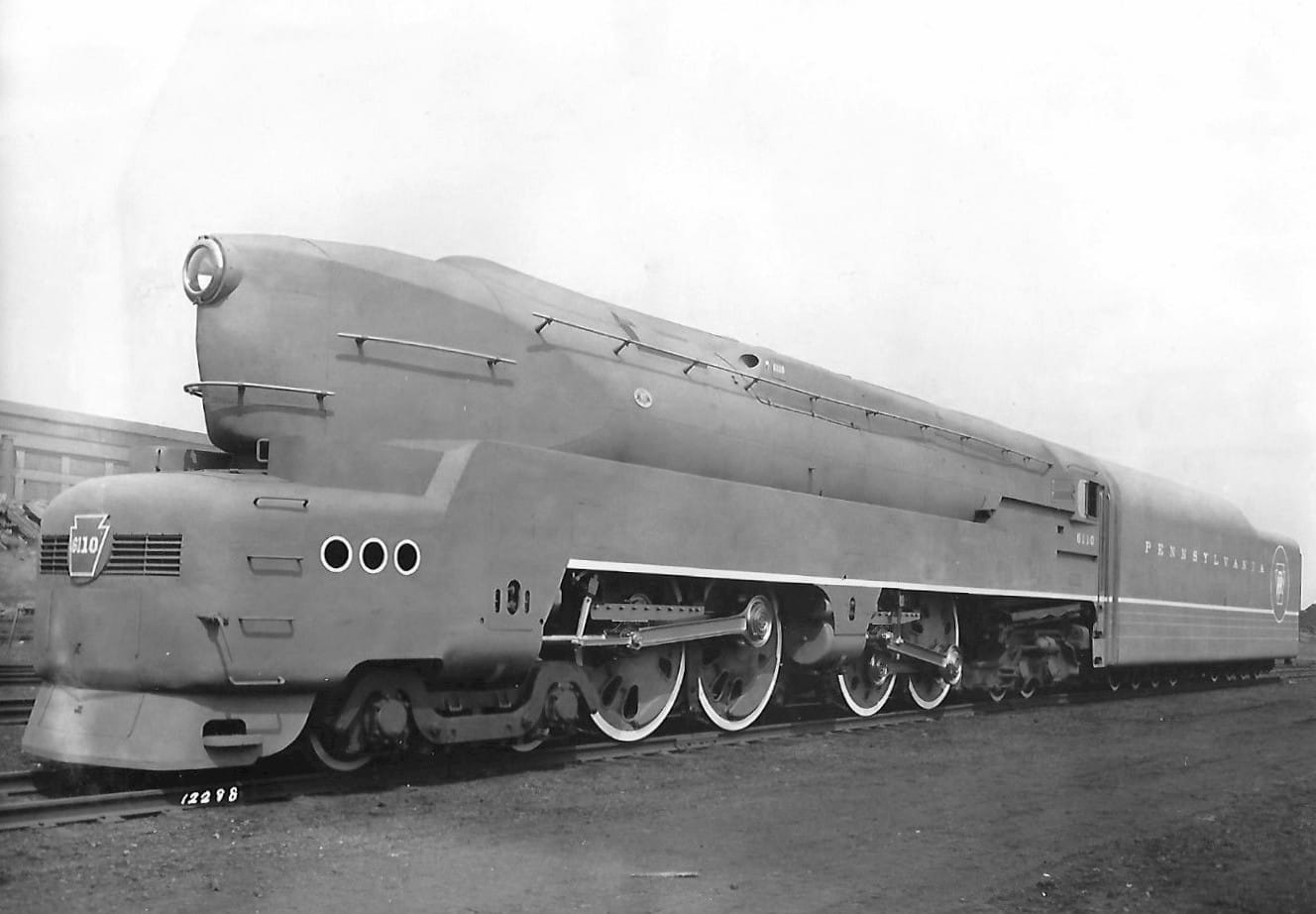 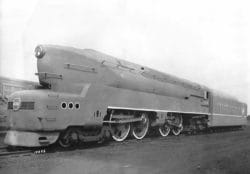 A few days back, it was the anniversary of the LNER Class A4 4468 Mallard‘s speed record. On the July the 3rd 1938, it ran at 203 km/h and was thus the fastest steam locomotive on record. This also marked the apex of research in railway speed, as world-war broke out. Later speed records were reached with diesel and electric locomotives as the era of steam ended.

I shared pictures from the record taken to an online group dominated by people from the US and quickly the conversation moved away from that boring European topic to real record holder, which obviously was a US locomotive. Clearly this was a bitter subject, and I discovered the Pennsylvania Railroad 5550 project.

Basically, this is a 10 Million dollar project to build a new version of the Pennsylvania Railroad class T1 locomotive and to break the speed record of steam locomotives by 2030, nearly a century after the run of the Mallard. The T1 was an experimental locomotive which was very powerful, and according to some witnesses, ran at 230 km/h – but this was never verified. The T1 had also a lot of technical issues.

I mentioned Modern Steam in this blog already, but the Pennsylvania Railroad 5550 project is pretty different. First, this is not the restauration of an existing steam locomotive, but the full reconstruction. Second the goal is not to make the locomotive more efficient and more convenient to use, but to break the speed record. A more similar project would be the Tornado locomotive that built in the Great Britain in 2017. While the US project seem to have learnt from the British one, no mention of the experience of SLM with locomotive restauration and improvements.

This is sadly consistent with the anglosphere which is regularly described on the Pedestrian Observation blog: technical improvements that happen out of the english speaking universe are ignored. Roger Waller, the main engineer at SLM had worked with Livio Dante Porta, who continued work on steam locomotive in south America well into the 20th century.

Even if 10 millions is not super villain level fortune, it is still a respectable amount of money, you can probably buy two Vectron electric locomotives, and those can go to 230 Km/h. It is pretty telling that both the T1 and the Tornado project are in countries with no real high-speed trains. If the T1 would actually would reach 240 km/h, it would be as fast as the Acela Express, the fastest passenger train in the USA. Note that the main speed limitation of the Acela Express is not the rolling stock, but the tracks, makes you wonder on which rails the the T1 would run?

There is something fundamentally wrong if your nostalgia projects outperforms the modern system people are supposed to use in everyday life, but this Harley Davidson syndrome seems to be prevalent in the US: changes that happened after the golden age of the 50s, in particular in non english speaking places is bad and must be ignored. Instead, old feuds need to be fought again, and again. Progress is communism, I suppose…