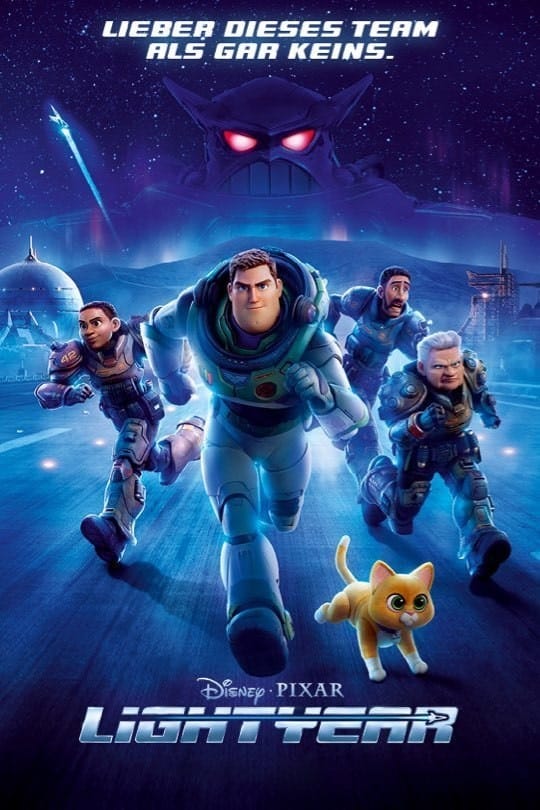 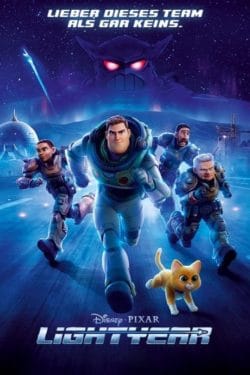 My older daughter is a big fan of the Buzz Lightyear character in the Toys franchise, so we went together to watch the new Lightyear movie at the cinema. We had seen Buzz Lightyear of Star Command: The Adventure Begins (I had bought the DVD second hand for cheap), which had the same basic premise: being the movie or show from which the doll stemmed from. So I was expecting something similar (albeit with higher production quality), a 80s cartoon with action in the style of Spaceman Spiff in the Calvin and Hobbes comic. As I was quite busy with the birth of our second daughter I really had not had time to check out the movie more thoroughly.

The posters at the cinema, with their dark colours where the first hint that this was something else. Instead of an 80s cartoon, this was an hommage to 80s science fiction, like 2001, but also the Black Hole another Disney Movie from 1979. The plot has many classical science-fiction themes: the stranded colony ship, the lone astronaut and time dilatation. The scene in the mine reminded me of many science fiction B movies, like Alien. The whole motley crew theme also felt typical of that time.

The movie somehow reminded me of Pixar’s Cars, a graphical homage to a particular movie style, with a classical kids movie plot in it. While Lightyear is certainly not in the same league as say Up!, it is better than cars, with a more complete plot, and less childish jokes. What I found interesting with the plot is that my daughter understood the same thing as Andy did in Toy Story, that Zorg (the bad guy) is Lightyear’s father.

So in conclusion, a pretty decent kid’s movie, not Pixar’s best, but still very watchable, and my elder daughter (6 years) liked it, while still being challenged in a good way. And if you are into 80s science fiction, this is a fun homage to that time/genre.