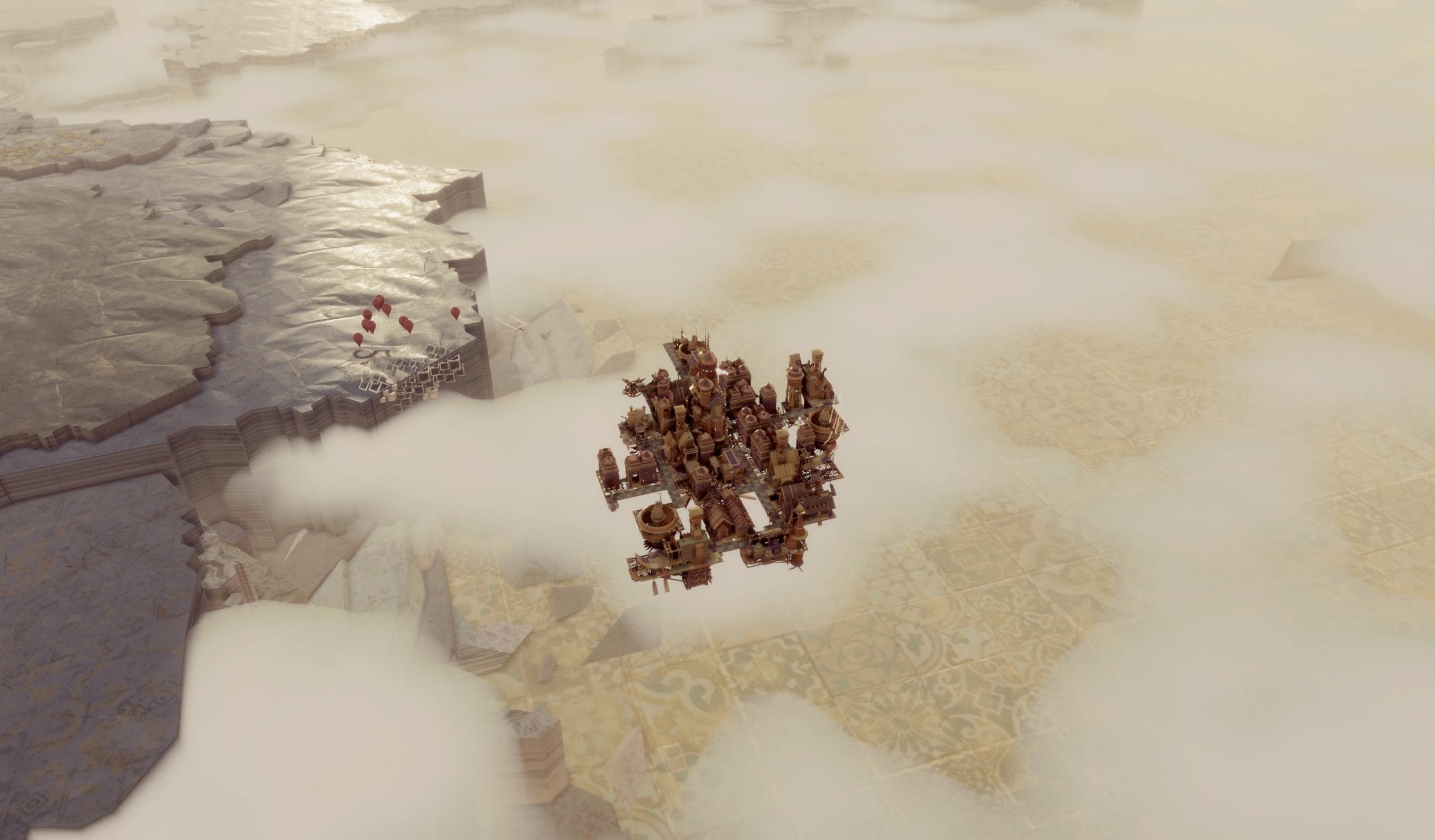 I found Airborne Kingdom by chance, and the idea intrigued me, so I bought it. I somehow feel the design team started with the idea of a flying carpet of the city, and then asked what if the city was flying over the carpet.

Airborne Kingdom is basically a blend of a city management and an RPG. On one side, you need to keep the city running, provide the inhabitants with water, food and entertainment, on the other you explore the world to collect resources and technologies and solve quests. The ultimate game is to forge an alliance with all the cities of the world. Some technologies unlock research trees, others just let you select colours for your city. There are no combats, the only risk is running out of resources and crashing, or your population starving.

I really like the aesthetics of the game, which has a middle eastern vibe, which is a nice mix with the steampunk technology. The ground is some mosaic of tapestry, cities and settlements are built on top of hills on top of that background. There is a sea where you see rips in the base fabric. The quests and the interactions are textual in nature, which reinforces the feeling of a narrated story. There are fundamentally no visual cut-scene, just text which is sometimes narrated, and the view of the tapestry which is central to the story.

The interface is pretty standard point and click, with some the second button used to move the perspective, which is nice because it means you get to actually playing pretty quickly. I finished the game in easy mode in around 8 hours, and I did not do all the side questions, so I would say it’s a reasonable value for the money, in particular because I could see myself playing it again in a harder mode, and with other choices. If you like the idea of a mix between sim-city and the RPG like game, this one is for you…