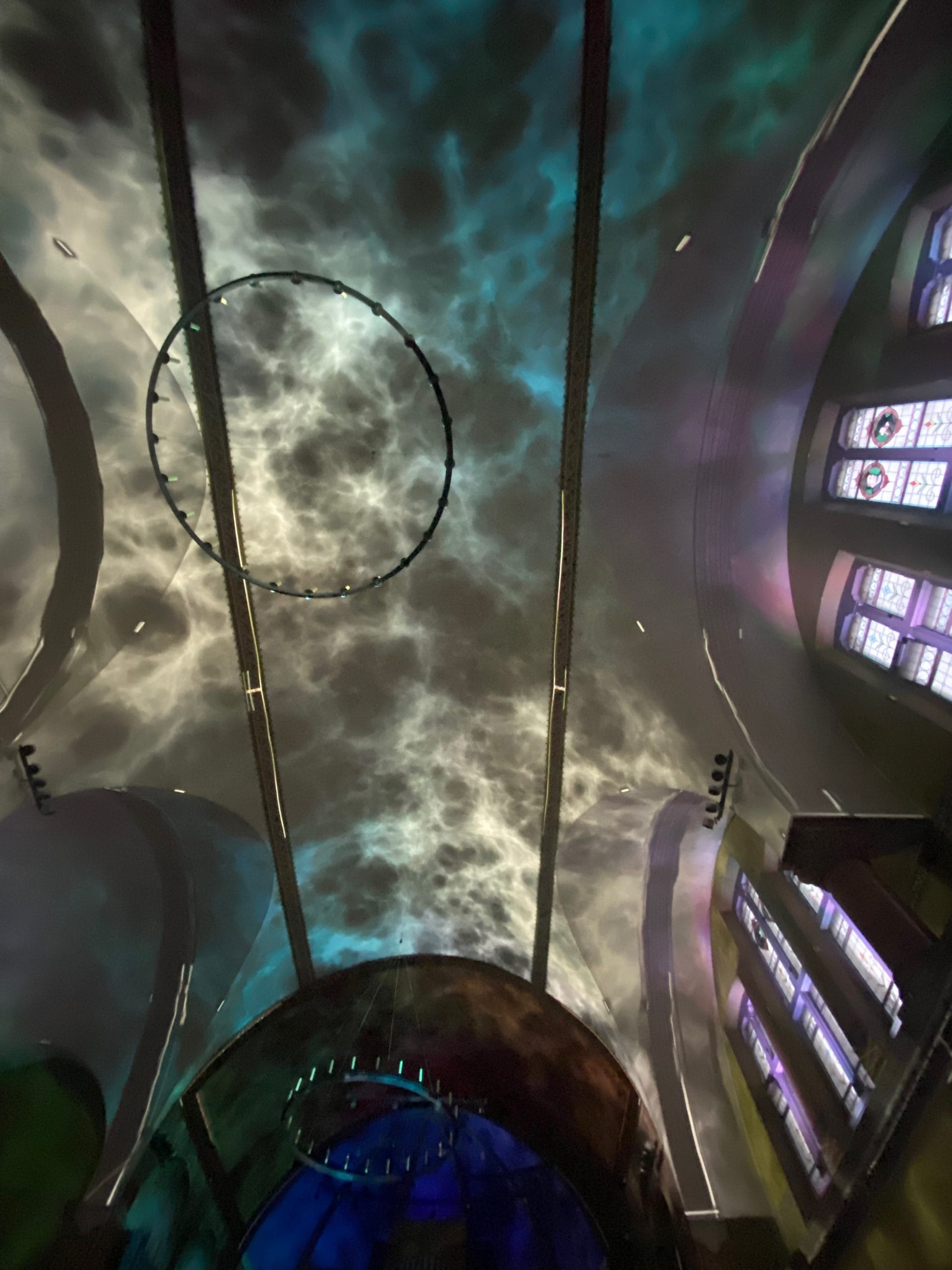 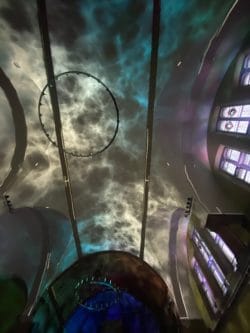 A good decade back, shows projected on top buildings where a thing. I was certainly curious, but never managed to see one. And they faded away. I was by chance that we noticed the show called Wonders, that took place within the Saint Jakob Church, in Zürich. We managed to get tickets for the last representation, this Saturday.

Whereas the projections that drew my attention 10 years ago were on the façade of buildings, here the canvas was the ceiling of the church. There was something kind of similar at the Frida Kahlo immersive experience, but here it was much more deliberate. The first surprise was that the inside of the church was devoid of benches, instead there were cushions and carpet to allow people to lie down and watch up.

The show was really impressive, part of me would have like to have more technical effects, i.e. plays with the existing architectural structure, but the imagery was gorgeous. Basically it is a mix of various architectural wonders (hence the title), like the Sagrada Familia, Angkor Wat or the Sixtine Chapel. I found the sound-track and some of the effects very demo-y, and I wondered if the creators, a group called Projektil had any relationship with the demoscene, or if this was just inspiration. It is certainly nice to see some of the ideas of the scene become more mainstream.

The show was pretty short (45 minutes), which was good for people with kids. All in all this was a really nice experience. I hope they do another one soon.