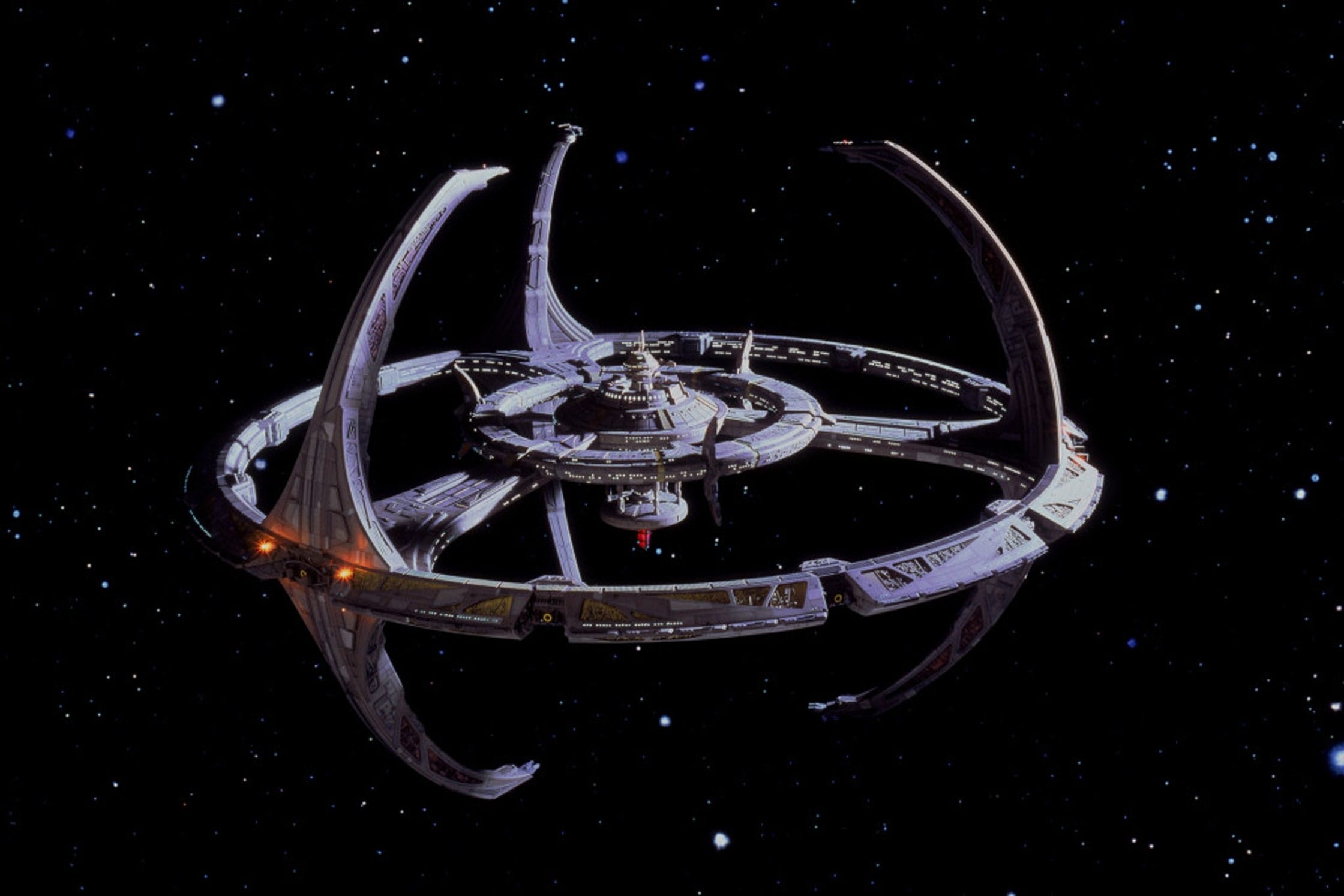 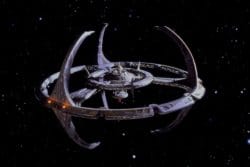 Since I finished Star Trek Voyager, I have been watching Deep Space Nine. Again, I have not so much been watching as listening while fuzzing around in my workshop.

Chronologically, Deep Space Nine happens before Voyager. The center of the story is commander Benjamin Sisko of the Federation taking control of Cardassian station Deep space nine after the Cardassian empire evacuated that part of space. The discovery of a wormhole connecting the region to a distant quadrant of space puts the station at the center of interstellar intrigue.

As I had watched Babylon 5 many years ago, I was expecting some level of similarity, I somehow found Deep Space Nine pretty different: Babylon depicts a multi-cultural hub, and Deep Space Nine is presented like a mining station.

This bring up the first problem with the show, the transformation from a ruined mining station to some diplomatic hub is vaguely narrated. In the same way that Voyager travelled for years through exotic places, yet did not change any iota, the Deep Space nine does not change visually, even though it goes from being a ruin to an important trade hub: it looks big in CGI, but only has a one small promenade, with one bar.

The story is centred, of course, on the officers of the station, the captain, his lieutenant, the chief engineer (Miles O’Brien), the medic, a military advisor from Bajor and the chief of security. I felt the show really struggled with the idea that this was about a station: the interesting characters are not officers: they are the Ferengi bar-keeper and Cardassian tailor who is really a spy, the first has the classical frenemy with the polymorphic security officier and the second plays espionage games with the station’s doctor.

The second big problem of the show is the plot – I’m now at the end of the fourth season, and it’s all over the place: besides the initial tension between Cardassians and Bejorans introduced with the setting, we have the emergence of the Maquis (a rebellion within the Federation), and the Dominion (bad guys from the other side of the Wormhole). Each of these is presented as an existential threat, dwelled upon for a few episodes and then forgotten.

The third big problem is the weakness of the Star Trek universe: the aliens are just people with stuff on their faces, their societies less exotic than what you find on earth, basically a vague remix of the societal issues understood by the average American. The federation is just people from the US in pyjamas. The year is 2369, but the ranks, life-paths and formalities and social constructs are those from 20th century USA. The black commander is a widow of a black woman, and when he dates a human in the deepest of space, she is black. The multi-cultural wedding like the one of Miles O’Brien with a Japanese woman is still worthy of attention.

This weakness is annoying when societies are superficially interacted with like in Voyager (or the original show), but I really found it annoying for a show which is supposed to be more centred with an emphasis on diplomatic relations. The producers of the show themselves seem to have trouble with the concept as they introduced a ship (the Defiant) for the commander to be captain of. That Ship is supposed to be one of the most advanced of the federation, but is mostly stationed on the station, because, well, plot…

As I said earlier, I’m not so much watching this show as listening to it which working, and still, I found it underwhelming and annoying. I think I’ll stop watching… Babylon 5 was far from perfect, but this feels like a weird, unconvinced clone of it.