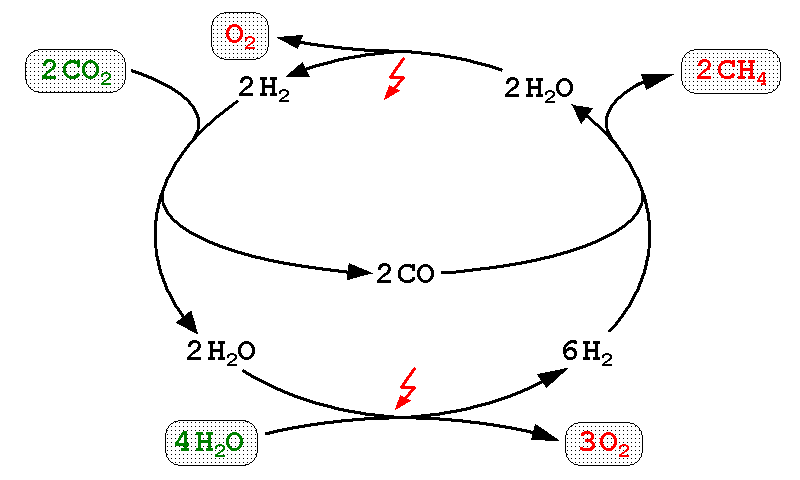 One standard objection to renewable energy sources is that their production varies and that electrical storage is a problem. People will then discuss traditional storage solutions like pumping water up in hydro-electric dams, or newer ones, like battery storage. People rarely speak about power-to-gas.

I suspect the reasons for this are two-fold: first this solution involves old-school sciences, i.e. chemistry, and second this research in this domain happens outside of the anglo-saxon universe, and is therefore invisible.

There is a prototype installation in Zürich, at the Werdhölzli treatment plant. This is a collaboration between the Paul Scherrer Institut and Energy 360 – the company that handles gas and related energies in Zürich.

The science is actually pretty simple: organic waste is converted by fermentation into a mixture of CH4 and CO2. Now you could filter out the CO2 and get some pure CH4: natural gas. Instead electricity is used to produce hydrogen, and injected in the mix, heated up to produce pure natural gas using the Sabatier reaction: CO2 + 4H2 → CH4 + 2H2O. Once the steam is separated out, you have natural gas. The water can then be converted into hydrogen and the cycle restart.

This process is – of course – lossy: you need power to convert water to hydrogen, heat up the mixture, filter out the gas of the fermentation.

Currently, efficiencies of around 60% have been reached, this is worse than batteries or water pumping, but 70% seems possible and 80% is theoretically possible. This is pretty good if you consider that this installation fits into a single shipping container, does not degrade each recharge cycle, and produces a gas that can be stored for months with no losses, for which a distribution network already exists and is less tricky to manipulate than hydrogen.

Now such a system is pretty well suited for a city like Zürich, which has established sources of biological waste, from the sewage treatment plants but also the collection of biological waste (which is separated from regular trash) has some local electrical power generation capacity (solar panels) and has district heating system to reuse the waste heat.