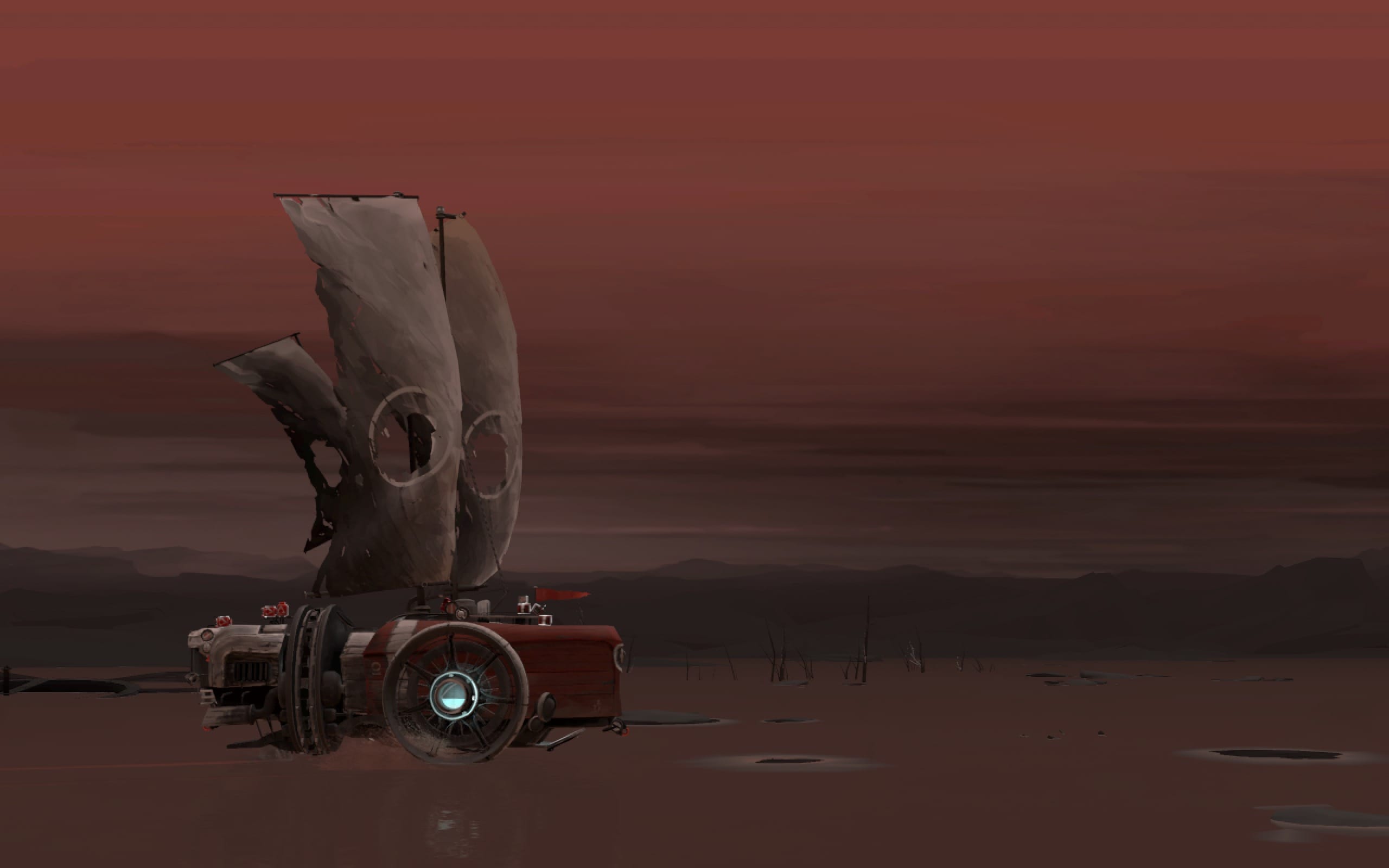 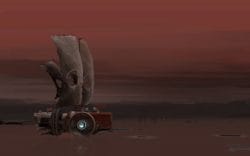 I discovered the game Far – Lost Sails by chance, it was on sale on Steam, the screen captures looked really beautiful, and the game runs on Mac OS X so I bought it.

The game is basically a 2D platform game, you control a character in a red rain coat which very basic controls: left, right, jump and take/release objects. The graphics certainly have a 8 bit feel, even though there is actual 3D. In the beginning of the game, the character gets a steampunk giant vehicle, and the game involves either driving this Octomotive or solving puzzles to unblock its way. 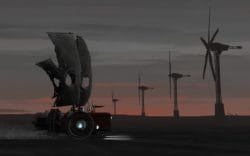 The strong point of the game is setting: the scenery and the music are haunting. I spent a lot of time just admiring the ruins as the engine cruises through them. The world itself feels more Dieselpunk than Steampunk: there are cars, radios stations, huge cargo ships and something went really wrong. It reminded me of the art of Simon Stålenhag, there is definitely a nordic feel to the imagery, with very washed out colours, the first stages are just gray and rust.

The explanations in the game are minimal, there is no text, no dialog, no introductions, just a few random labels and ads. The few gauges of the game are embedded inside the frame of the Octomotive. There is no time pressure, and the only resource you need to collect, fuel for the engine, is pretty abundant, this is a game of exploration, of looking through deserted regions, of longing.

When looking up information, I realised this is a Swiss game, produced by a team in Zürich. It is not new (2018) and runs not too badly on my 2014 Macbook Pro. I found this a really pleasing game, and I heartily recommend it. The game is published by the studio Okomotive and the music is from Joel Schoch. The Windows / Mac OS X version is available on Steam, but there also seems to be XBox and Playstation versions.

One thought on “Far – Lost Sails”