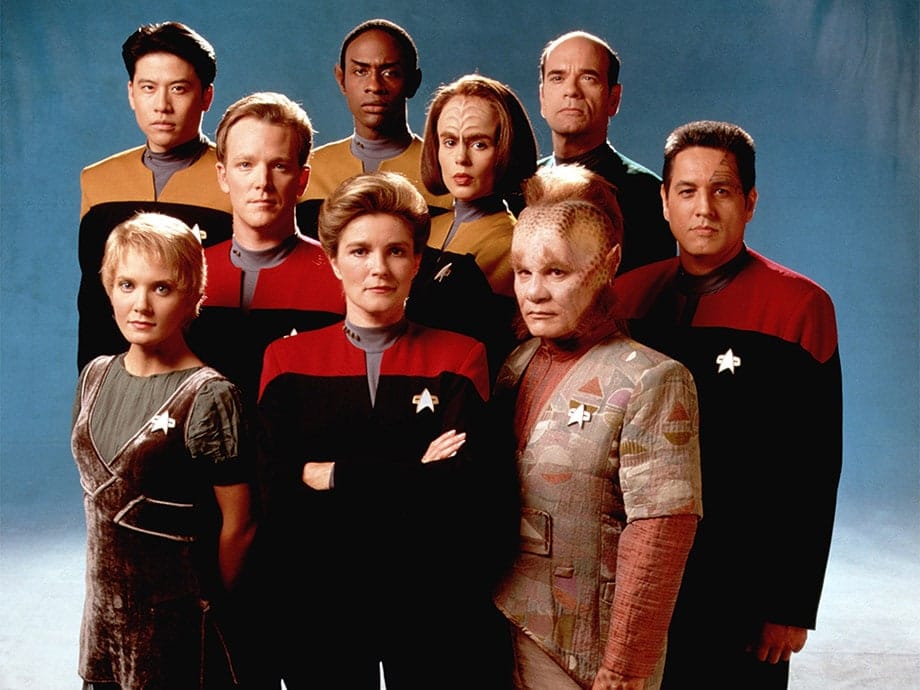 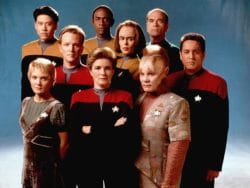 While I consider myself as a geek, I have never been a Star Trek fan, I have seen some episodes and movies, but I never found them anything special, I probably remember Galaxy Quest better. I also do not watch that much TV, I already spend my working hours in front of a screen, so I tend to use my free time in other ways, still I have been watching the Star Trek Voyager show in the last months.

Watching might be a strong word, as I do this will working in the basement, for instance repairing old model railways, so I don’t look at the screen so much. The plot is slow and cliché enough, so it works as a radio-show, with plenty of exposition dialogue. The visuals are not much to look at anyways: 90s special effects and people going around corridors in uniforms.

I really liked the initial setup for the show: a ship projected very far that tries to get home, a female captain at the helm with a crew made of various groups, some from the federation, same from some rebels (the Maquis) and some aliens. The return trip is measured in years, so this gives some time for development. The crew also includes some interesting characters: a black skinned, Vulcan, spy (Tuvok), a half Klingon mechanical officer (B’Elanna Torres), the doctor is a nameless emergency hologram that copes with a permanent role and the alien trader/scavenger (Neelix). Other characters feel more like clichés: the pilot who gets into trouble (Tom Paris), the rule abiding asian technical officier (Harry Kim), the native rebel captain turned second in command (Chakotay), the alien elf-like character (Kes). Except for the named characters above, aliens in the crew are just for decoration purposes.

The captain Kathryn Janeway is established as the motherly type, and so we get the I’m not angry, I’m disappointed pretty much every episode. While the initial setup implies a lot of tension between the two parts of the crews – which were literally at war before the start of the story – it fades pretty quickly with little consequence, only to pop up it when it is needed by the episode’s plot.

This was my central problem with the show, the part of the plot I felt would be central, keeping the crew and the ship together, finding a way home, felt often to be a vague background canvas, with the ship doing exploration and the usual flirting with the prime directive. There was often no feeling of strain, of fatigue, except in a few episodes which turn out to be an alternative history.

While some characters evolve and change, the captain does not really, nor does the ship. Even after years of crossing unknown space and many exotic alien, the discovery of many things, nothing could be improved or tweaked. This is really weird as the ship changing would have been a powerful metaphor. The charismatic captain did not manage to pick up a single exotic crew member, which given the rate of attrition of the original crew might have been a good idea.

The only character they pick up en route is 7 of 9, a human liberated from the borg, which replaces the elf character. Maybe it is the skin-tight costume, but I found that character more interesting, even than the captain, as she evolves and adapts, and has a personal journey.

As a science-fiction, I found Star Trek Voyager a disappointment, in particular if you compared it to Babylon 5, which was produced around the same time. A few years later, BattleStar Galactica used the same basic plot – a big ship on a long journey – in a much more interesting way.

Still, I found it relaxing to listen to like a retro radio story.