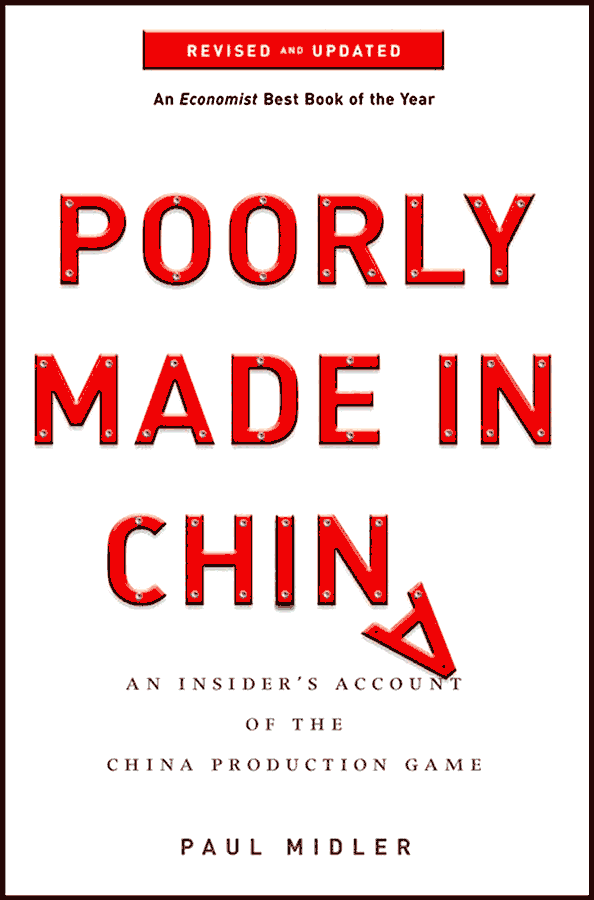 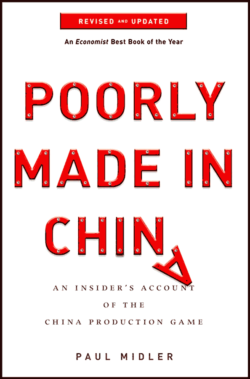 This holiday I managed to read a book which was on my pile for some time, Paul Midler’s Poorly made in China. The book is not new (the second edition is from 2011), but with all the scandals related to product safety, I think it is still very relevant.

The author works as an intermediary between Chinese factories and importers who buy their wares and sell them abroad, in the United States, Europe, but also the rest of the world. It paints a stark picture of producers willing to go cheat in any possible way to save a little bit of money, with buyers downstream trying to ignore the issues. (good enough) is the baseline.

The book managed to dispel some of my ideas, for instance that China is like Japan in the 60s, or that quality issues will disappear as the factories mature – quality fade has the exact opposite result. The issues seem to be systemic, encouraged by the legal vacuum in which these factories operate and the power dynamics at work – changing suppliers is expensive, so the factories can be play a game of chicken.

This certainly confirms my experiences ordering things directly from China, things are cheap, but every possible corner has been cut, this is ok when buying electronic components and parts, but pretty bad when buying stuff that needs to be safe, like something you connect to the main voltage or clothing you put on your skin.

The book is short, around 250 pages, with a pretty big font. I was not overly impressed by the quality of the text, some parts felt redundant and others could have been rounded better, but this does not distract too much from the reading.