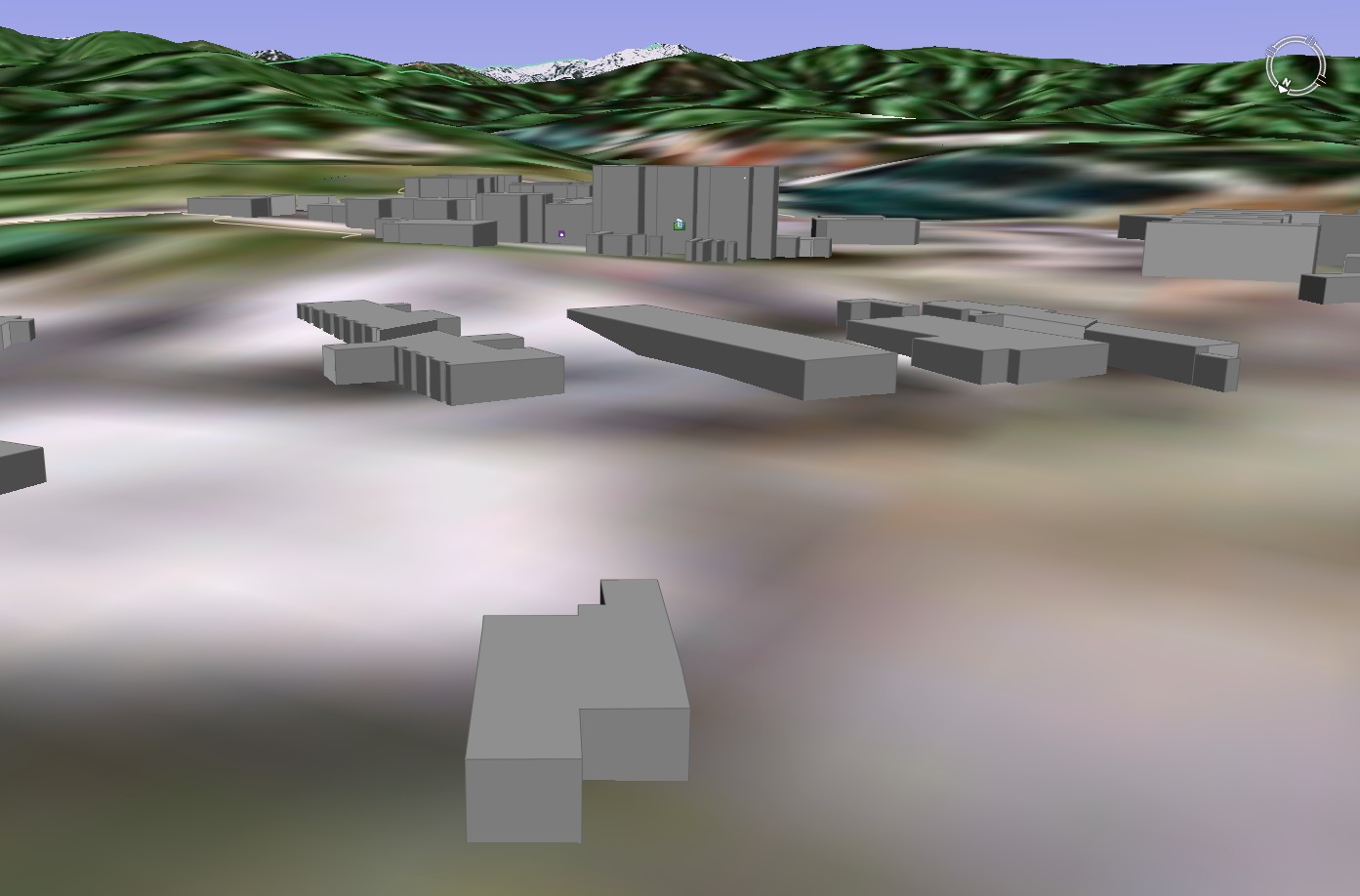 While playing with Google Earth, I realized that it now contained the outline of JAIST. I first thought that somebody had uploaded the outlines of the buildings of nearby village Ōkuchi. Now nobody is going to modelize those in his free time. It seems Google Earth now contains the outlines of all the buildings of Japan. My feeling is that this data comes from the same data source used by most GPS programs here: many of them display the oultines of the buildings on the screen. The fact that the Guesthouse, where I life seems not be present confirms this. The guesthouse was built less than five years ago. Still, this is impressive.

The screenshot shows the JAIST buildings viewed from the North. The buildings in the foreground are the buildings on the Ishikawa tech center, the large buildings in the center with the green mark are the towers that contain the computer science and the material departement, the small structures in front are technical annnexes, including the air conditionning systems and the liquid nitrogen tanks. The valley behind leads to the village of Ōkuchi.