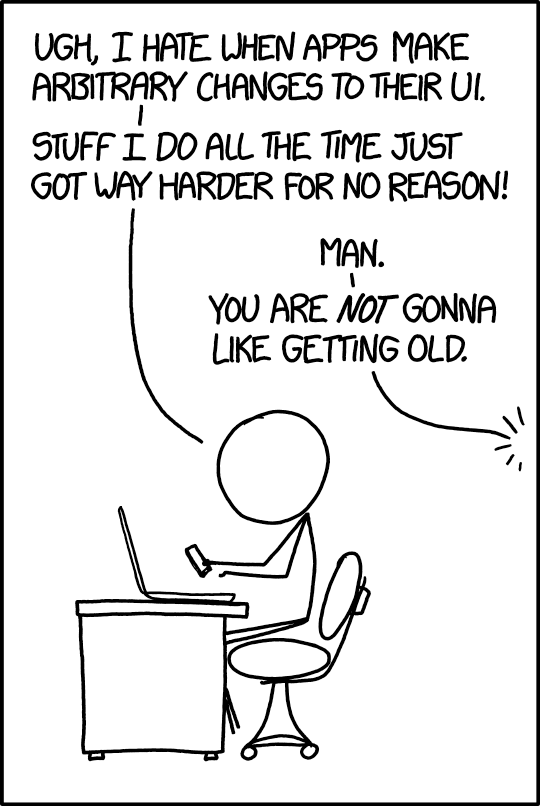 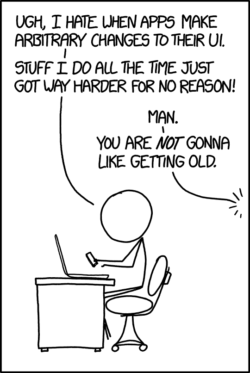 I really loved today’s XKCD comic, confusing user-interfaces is one of the banes of computer science. You can chalk it up to this being a young discipline, but still, things are pretty awful. I’m in Silicon Valley for a few days, and the corporate appartement gives an interesting insight into everyday objects, their usability, their interface.

The door to the appartement has two locks, they open with the same key and are fixed in the same weak wooden frame, so this duplication brings no additional security. There is only one door handle and it is round, this means you cannot open the door with an elbow, or if you have arthritis. The door knob turns like a normal door handle, but to unlock, you need to turn the key backwards, the secondary lock turns in the same direction as the key in the first one. There is no visual indication on which of the two locks is locked or which direction is locking. I share the appartement, if my room-mate left after me and locked the door, I don’t know which lock he closed so I have to try both.

The windows open using a guillotine scheme, to open the window, I need to open a latch and then pull with the end of my fingers, not something completely trivial with a single hand. Despite being single glazing, the window frame is quite heavy, so it does not stay fully open. While this design has the advantage of not requiring any space inside or outside the appartement, it also means that only 50% of the window can be opened.

The weather here is pretty cool in December, but the appartement has no insulation to speak of, the windows are single glazed, and the metallic frame are very cold at the touch, they must leak a lot of heat. The only mean of warming up the place are air conditioning units, there is one my room, and one in the shared living room. As their primary goal is to cool, they are placed where the ceiling would be, except this is the top appartement, to the ceiling is much higher, just under the roof. This means the air conditioning unit produces warm air that will settle in the part of the room where no humans can go and cool down because of the lack of insulation. The air conditioning units have remote controls, which have their own confusing interfaces, one is set to Celsius, the other to Fahrenheit I could not figure out how to switch them.

. This does not signal any wireless connectivity option, instead when the task (washing, drying) is done, the device will play some music.

I could ramble on the US street signs, the archaic units, there are bad interfaces everywhere (as someone pointed out, if you need to write push and pull on your door, your interface sucks), but it is fascinating to see how bad physical interfaces are in a place which has such a strong influence on computer interfaces.

One thought on “Confusing User Interfaces”