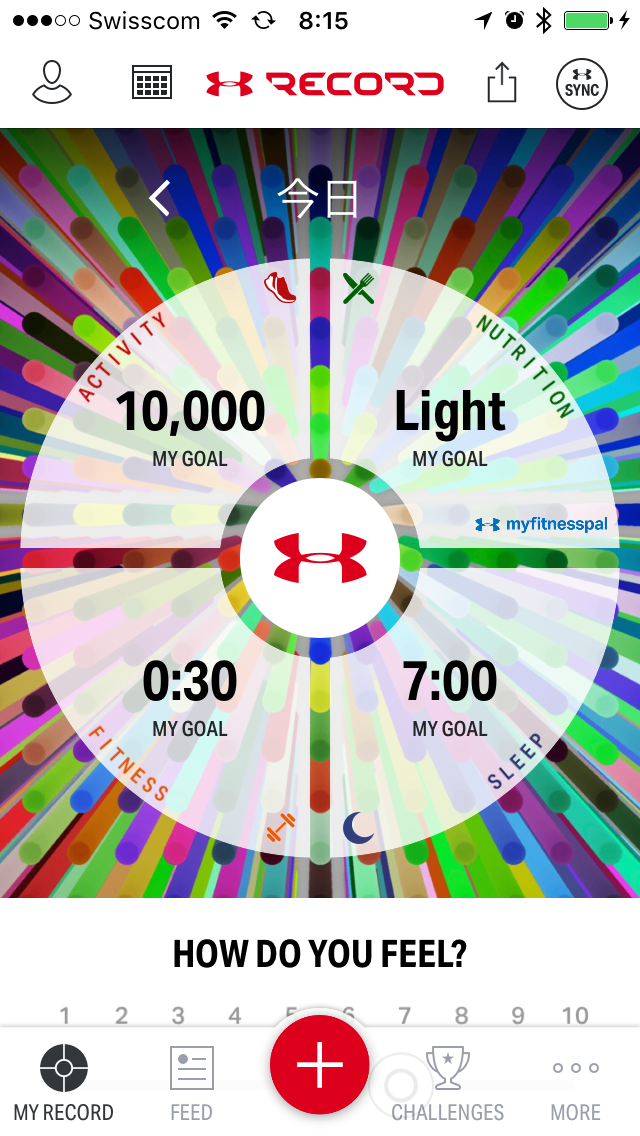 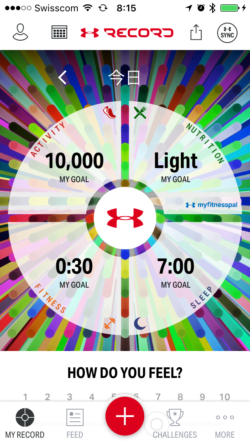 While I use Strava to track my biking, that app has no way to track martial arts. I want to track my Aikidō activity so I use another app: Under Armor’s Record. The app is pretty horrible, the start screen look like it was designed by someone under acid, and whoever build the input screen seems to have no clue optimised the app for looks, not usability.

What I basically do each time is enter two numbers, the moment training started and the duration. These are precise numbers and basically the same every time, like many other clubs, my aikidō dōjō has this thing called schedules. Yet the entry form does not use the standard time pickers from iOS, instead they have special controls, which make it nearly impossible to set a time precisely.

Of course the user interface does not learn that the start time is always the same, nor is the idea of templates, maybe the Under Armor’s vision of the users is that they are too stupid for such a feature. The app offers the usual integration with other fitness apps, but not with something as mundane as the calendar – instead it re-implements its own, because, reasons…

The most annoying feature of this App is actually not related to fitness, but to feedback. Basically, some the app displays a modal dialog box, asking if I’m happy with the app, given the crappy user interface the answer is an obvious no. If I click yes, nothing happens, and I suppose some guy at UnderArmour can rejoice because one metric goes up. If I click No, I’m asked to explain why I’m unhappy, which triggers a long chain of useless automatic e-mails, which will be ignored in the end, and will not stop the button from appearing. This is of course, a horrible interface, – the tactics of a five-year old kids to get your metrics to go up.

The third time this happened, I got pretty annoyed, so I wrote a longer explanation on why this app sucks, so I could copy-paste it.

I practice aikidō regularly.
Every time I practice, I try to enter the time using your app.
Training starts always at the same time and last the same time, either 1:30, or 3:00 depending if I do one or two sessions.
Every time I have trouble entering the time, because your app has a super sexy custom UI to enter time which sucks.
This in itself is an achievement, because the same user interface in HTML-5 would be more usable.

Try entering the duration 1:30 and get it right the first time. Difficult, no?
You would think that with all the analytics stuff you are doing, you could figure out the time automatically and pre-select them.
Or you could take the time information from my calendar, it’s not that sport courses have specific time-schedules.

Every week or so, your app pops up an annoying dialog box asking me if I’m happy.
Every time I click No, because your UI sucks.
Every time my report is ignored (see 12033, 11729).
Every time I get an e-mail telling me to look at support, which is hardly helpful, because it won’t make your UI suck less.

Poping up a dialog box to ask a question breaks my flow, it makes your user-interface suck more.
I know that you keep popping up that dialog box in the hope that I give up, click yes, and that you metrics go up.
We all want metrics to go up and to the right.
I won’t, I know how to use copy/paste.

The only reason I’m using your app is because of the integration with “myfitnesspal”, and the fact that Strava cannot handle martial arts.
Consider this, I’m not using your app because it is good, because of limitations of other apps.
One day the other app will improve, and one of your metric will go down.

Have a good day.

For which I got the following response:

Thanks for writing! Our apologies for any issues you’re experiencing with UA Record. We have implemented a new feature to help us gather feedback and improve the product after each use, however this has resulted in a large volume of tickets and is creating a delay for our support team, thus the reason you’re receiving automated help with our most common app questions and solutions.

Followed by the usual boiler-plate. So basically they implemented a useless feedback system, which is overloading their support queues, but instead of fixing it, they just apologise for the delay. Maybe they should offer small, lemon-soaked paper napkins.

One thought on “Under Armor Record”