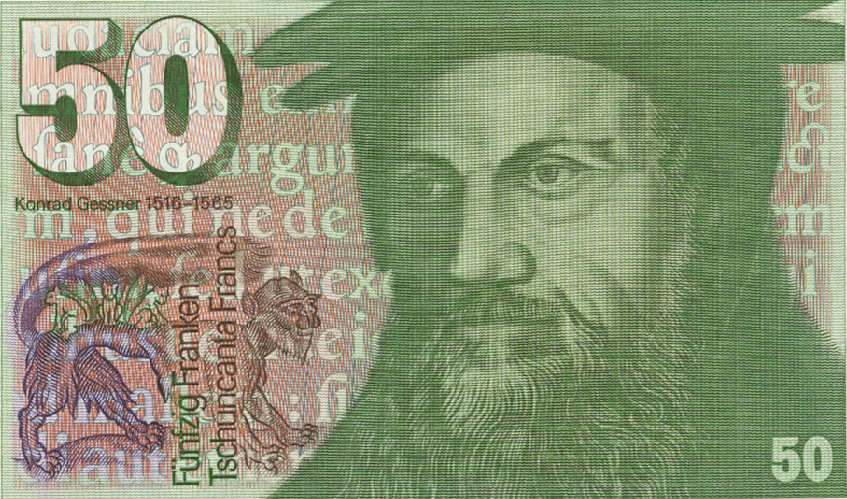 The Landesmuesum in Zürich has an exhibit to celebrate the 500th birthday of Conrad Gessner, a public figure of Zürich. He was one of the first bibliographer, and a pioneer in botany, biology and linguistics. The 50 swiss franc bill of the previous set of bills featured his picture and one of his drawings.

The exhibit was very interesting, with many samples of his writing, drawings, a part of his collection of animals, but also more information to show the context, a printing press, movies explaining all fields in pioneered: the first bibliography of written texts, the first biological encyclopædia, treaties about the relationship between geography and biology, the relationship between human languages. The exhibits also gave an overview of his correspondence with other scientists spread all over Europe, and how his drawing influenced other representations of animals and plants. I found it fascinating that he drew the first ever image of a tulip.

In short, a very nice exhibit, which is worth visiting if you are in Zürich and interested in the history of science and representation of life.