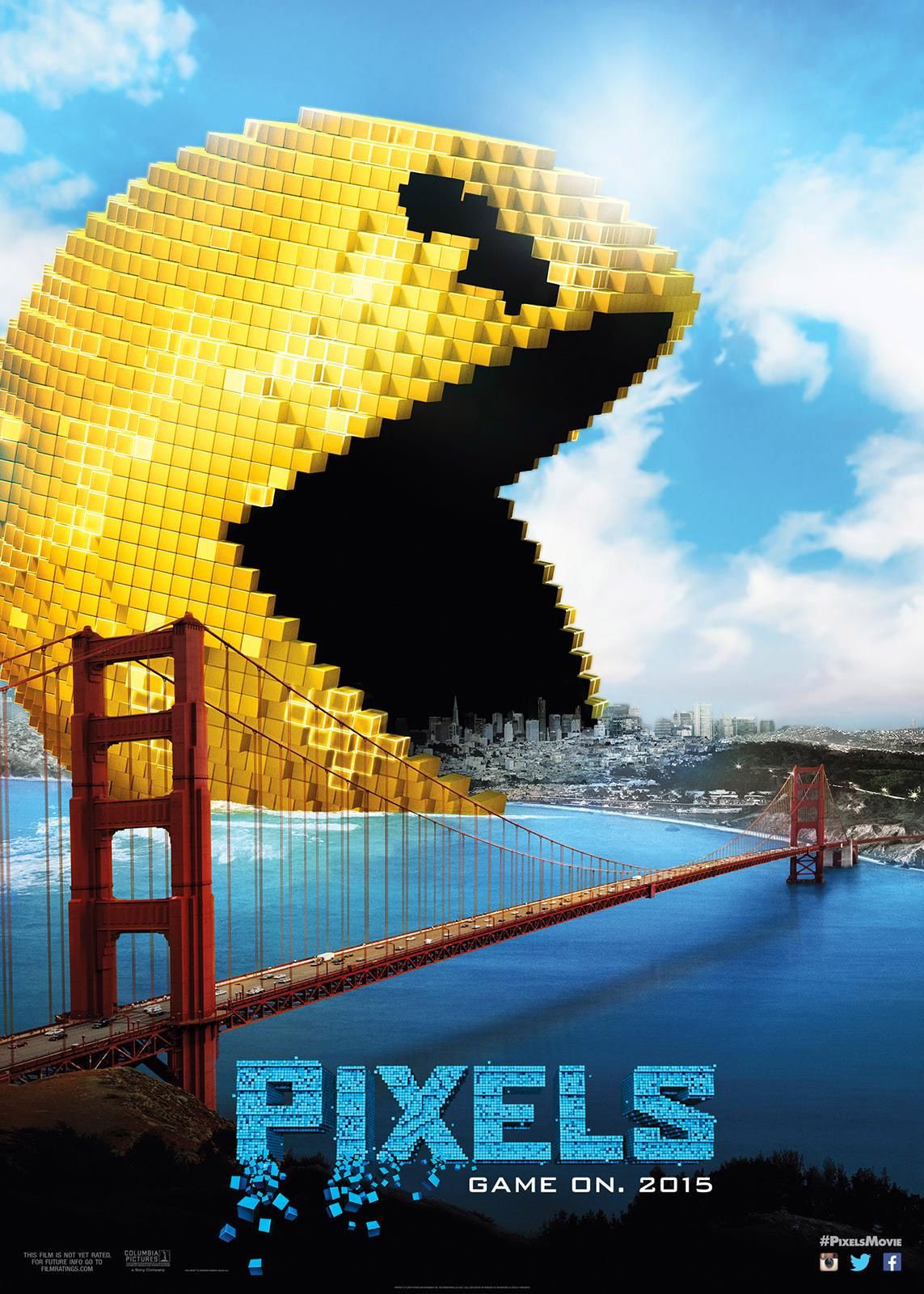 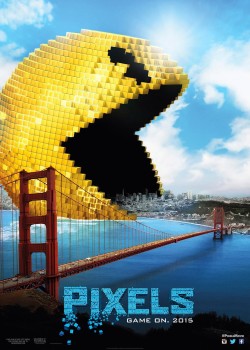 Long airplane flight are for me an occasion to catch up some movies, I generally like watching comedies that do not require too much thought, so I decided to watch pixels. While I heard bad critiques, I have a weak spot for 80’s video games. How bad could it be? Very.

I’m actually astonished someone could produce such a bad movie, specially for a high budget production. It is not the case of a producer trying something and failing to make a movie that works. Pixels seems to be designed to be a mediocre film, and even fails at that.

The basic idea is ludicrous: alien saw a movie about video games, take it for a challenge and attack earth. This is actually the most credible part of the plot.

Wreck it Ralf was a good movie about video games, Pixels is not, it is an ersatz romantic comedy which tries to puff itself up with some cultural references. The only thing you will
Learn about 80s video games is that they have patterns and big pixels.

The comedy part suffers from the fact that it is not funny, not once it the movie did I laugh or even chuckle, more than once I cringed. Many of the jokes should just be taken out and shot. The romantic part is slightly worse: all the male characters are complete idiots, the hero (Adam Sandlers) is not believable as a computer game geek for a second. His sidekicks, which include the US president (Kevin James), are worse. The female characters act as trophies, nothing more. I have seen porn movies where they play a more important role, with better dialogue. Q*bert is the most likeable character, the human actors simply cannot compete with an orange, pixellated alien.

In summary, Pixels is the kind of movie, that, if seen by aliens would probably be good enough reason for destroying the US. Beside an academic interest in horrible movies, I see no good reason to watch it.