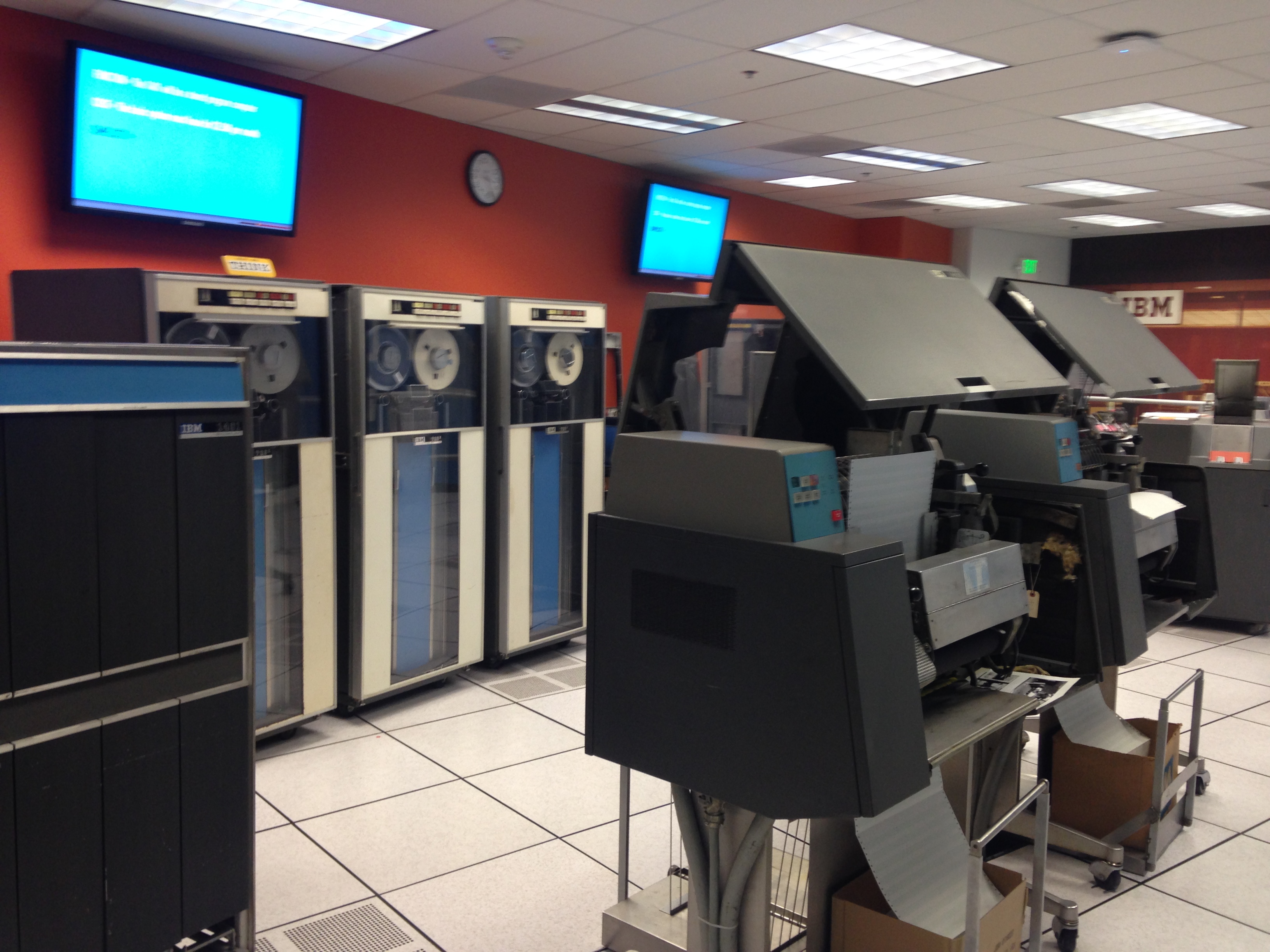 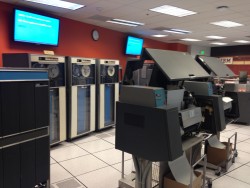 Usually, when I’m Mountain View, I head for some park during the week-end, but I was feeling a bit tired, so instead I went to the Computer History Museum in Mountain View. I noticed the place the first time I came to Silicon Valley, 8 years ago, but never took the time to visit it.

The museum is situated north of Highway 101, really close to the Googleplex. The building itself feels more like a repurposed corporate building than an actual museum and the layout is a bit strange. Even on a Saturday afternoon, the museum was not full.

The most impressive feature of the museum is its comprehensiveness: the exhibition goes from the Antikythera mechanism to the iPod, with an impressive collection of mechanical calculators from the late ⅩⅠⅩth and early ⅩⅩth century. This gives a very commercial view of the development, from accounting computer, to punch-card workflows, and the transition to computers.

What I found very interesting is the period after World War ⅠⅠ, with the military computers like Colossus and systems like SAGE. And the myriad of computers that predated the microcomputer revolution, each with its slightly different architecture, different word width.

While the museum is impressive by the richness of its collection, and found the structure and the quality of the explanations lacking. The exhibit is roughly structured historically, with rooms representing different time periods, but the course within a room was not always very clear.

I would really have liked to see more structured and graphical representation of computers, for instance the width / number of words of the various machines on display. I would also have appreciated better explanations on how various systems worked. In that sense, the museum felt more like a large collection of old computers than an actual computer museum.

The big paradox is that this museum felt very low tech: when we visited the Miró exhibit in Barcelona, most pieces had a QR-Code with additional information; no such thing here. There were a few video shown a few interactive displays explaining boolean logic, regular sessions running Space Vars on a PDP/1, and that was it. While I understand that the museum cannot leave machines from the 60’s running, I’m pretty sure they have enough 8 bits microcomputers to have a few of them running some demo in loop.

Generally I felt that the exhibit about the microcomputers was very confused. Things related to the 80s seem to always be confusing, and here the fact that suddenly there was strong competition outside of the US adds to the complexity. 8 and 16 Machines were basically stacked on shelves with labels and little context. A graph showing the number of computers sold would have helped more than the cost in dollars. For that time period, I found the musée Bolo was much better.

The micro-computer area was also the place where the computer graphics and synthesiser exhibit was, which makes sense, this is the era when it booms, there is also the original Utah Teapot. I found that part of the exhibit pretty poor, various historical renderings of the teapot would have helped explain the advances, which often jumped from green vector graphics to full-blown 3D with few explanations. A reference to Lenna would have been nice, if not politically correct.

There was an area with peripheral and networking, with again little context or structure. A bunch of mice, but no mention of Logitech, in fact while there was ample information about US companies, no foreign company, be it Sony or Phillips get any mention. In fact I don’t remember any big display about optical drives.

The exhibit stops around the dot-com crash, although there is an iPod. Palm got a lot of shelf space, and there was a big display about Microsoft with some video featuring Bill Gates, which I skipped as there were a lot of people there. I generally found that the exhibit talked a lot a about the stereotypical entrepreneurs: Thomas J. Watson (IBM), Gordon Moore (Intel), and Seymour Cray, but the exhibit is pretty shy about more problematic personalities like Alan Turing, or just Steve Jobs or Steve Wozniak.

All in all, an awesome exhibit of computing artefact, which would be worthy of a better structured and richer exhibition, still worth the visit if you are in Silicon Valley.