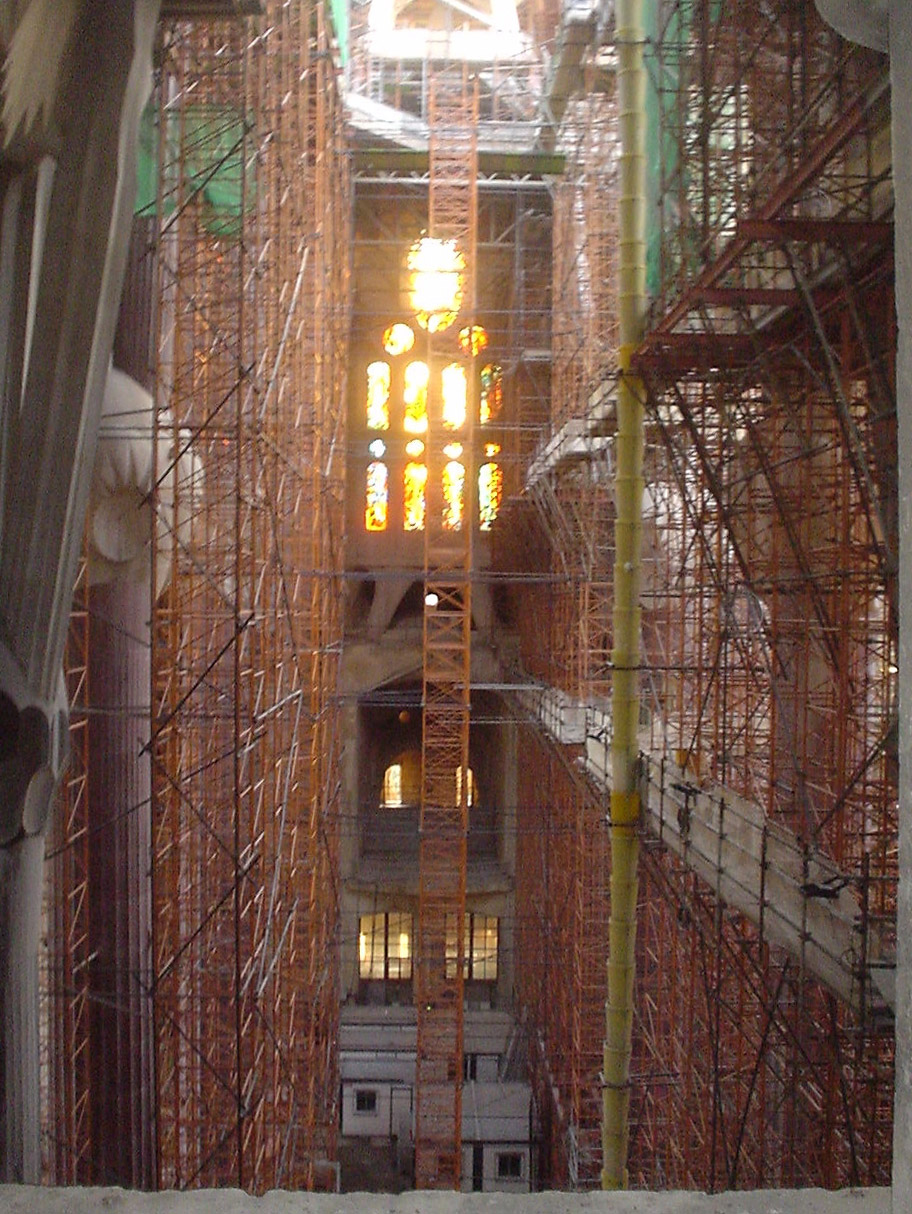 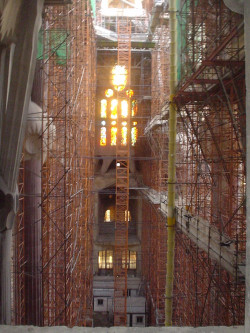 In 2002, a friend of mine got married in Barcelona. It was for me an opportunity to visit the city, and the Sagrada Família. While churches are a pretty common thing in Europe, the Sagrada Família is special in many respects: it has been under construction for more than a century, it has a very special architecture, it is also huge. At the time, the nave was not finished and I visited a huge construction site.

This year, I visited Barcelona again and it was very interesting to see the difference. Generally, I felt that the city had become way more touristic. Where in 2002 I just visited the Sagrada Família and the Park Güell, this year we needed to buy tickets online one day in advance. Granted, in 2002 my visit was later in the year (November) and buying tickets on the internet with a mobile phone was not an option, still there were way fewer visitors (and no selfie-sticks). 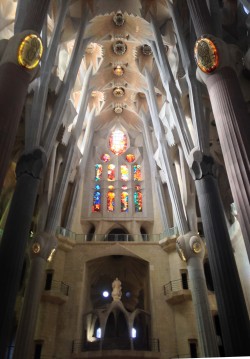 The most impressive change was the progress of the Sagrada Família, while clearly not finished (the current estimate is 2028), the nave is now closed, the lower stained glasses in place. The basilica could probably function as such, if there was a need for a 9000 person church. Currently the crypt is used for worship, the rest of the building is basically a huge touristic attraction, which is fair because it is really impressive: the tree like pillars, the stained-glass windows, this is not an ordinary church.

The feeling I got in 2002 was that the church would never be finished: the required amount of work was staggering, the original plans long-lost and only partially reconstructed. Modern manufacturing techniques like CAD and CNC milling seem to have simplified the construction. The increased number of paying visitors certainly does not hurt. Still, the building is far from finished, and many things can happen until 2028. I will certainly be interesting to visit again in a decade or more.

One thought on “Twelve years later…”