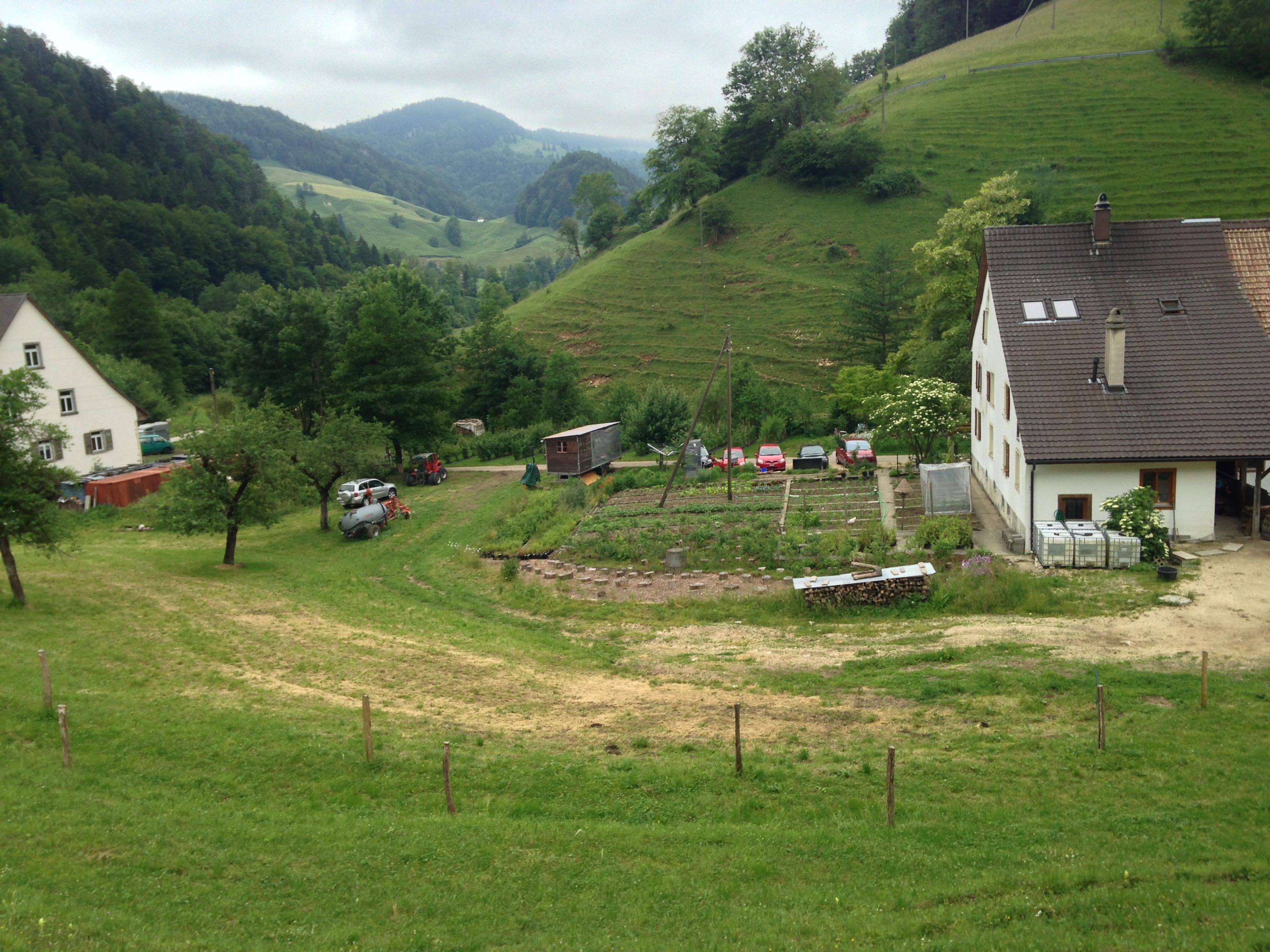 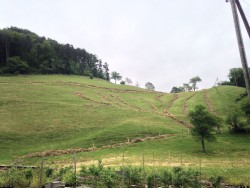 One of the nice perks of working for Google is Google Serve: once per year you can go and donate time for some organisation. This year, I joined a team who went to Hof Waldenstein, an organic farm in the Jura Mountains, north of the Nature Park Tal.

I did pretty standard farm-work: weeding in the morning and picking up the hay in the afternoon. The pasture where the hay had been cut is way to steep for regular machines, so we had to group the hay in vertical lines in places where a small tractor could drive vertically. 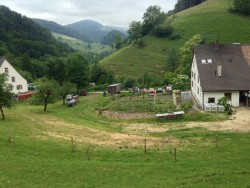 I was thankful for the cloudy weather, as picking up hay in the blazing sun would have been way more tiring. For me, it was a good day doing manual work outside. Hof Waldenstein is really in an idyllic and acts as a bed & breakfast, so if you are hiking in the area, it looks like a nice place to stay.