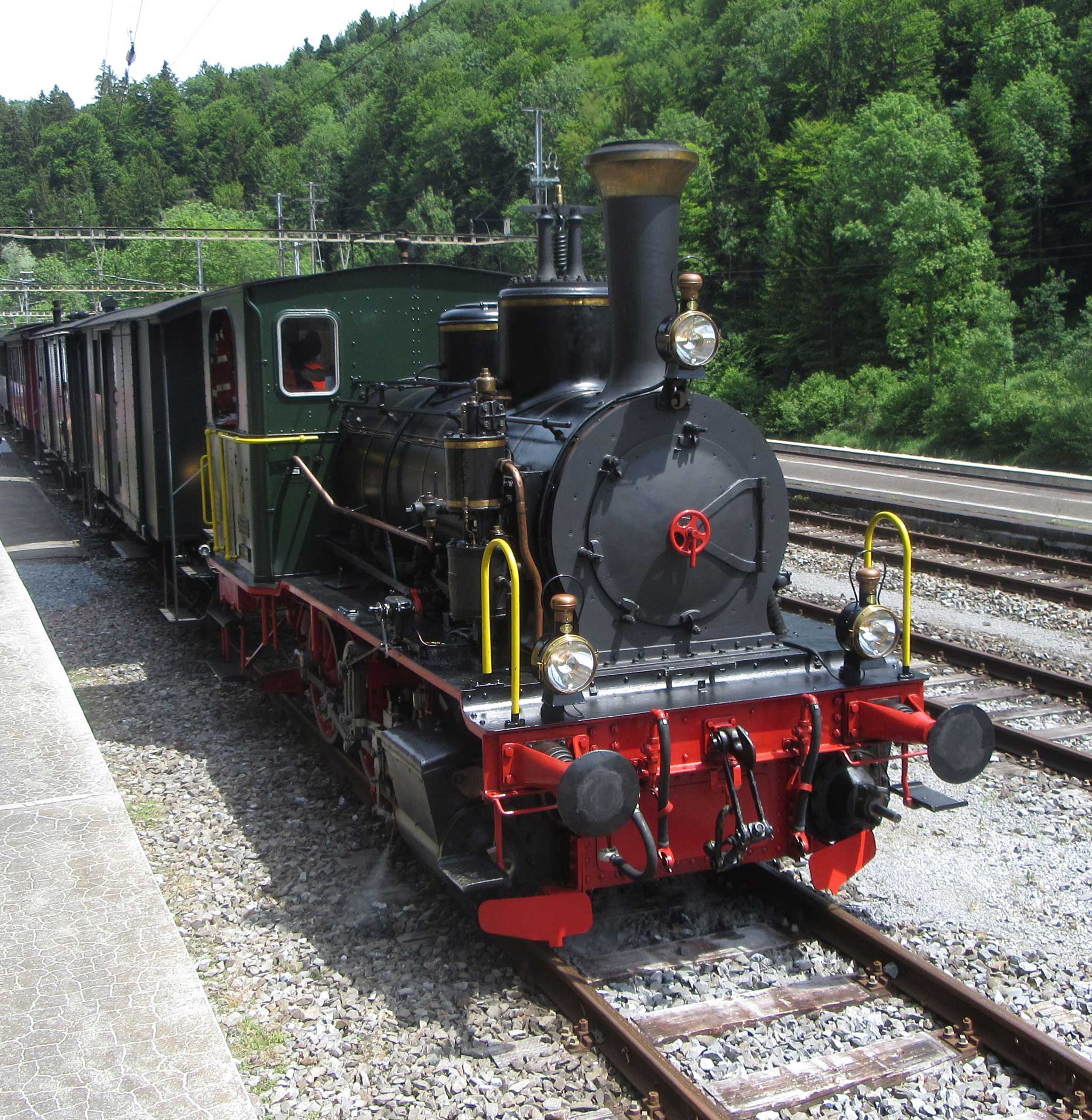 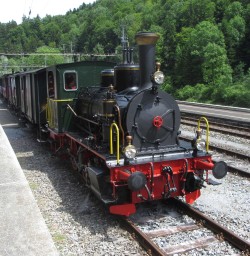 Even though I have lived in Zürich for years, and I’m very interested in trains, I never took the Schnaaggi Schaaggi. This is a historical steam train operated by the Zürcher Museums-Bahn on the tracks of the Sihltalbahn, which in modern Zürich is called the S4.

So on this sunny Sunday we boarded the train at the Leimbach station to the terminus in Sihlbrugg. This was bit ironic because we managed to take the only paying train on the whole Zürich network: it was the 25thanniversary of the city’s public transportation association and so all regular lines were free.

This was really beautiful ride, even though the train was packed. The locomotive is a small 3 axle steam engine, that pulled five carriages, three regular passenger carriages, a restaurant carriage and a kitchen carriage. Maybe because of its speed (maximum 35 Km/h), the locomotive, the E 3⁄3 is called Schnaaggi Schaaggi, which basically means snail, snail. Ironically, this model was initially called Tigerli (small tiger) because of its small size, black colour with yellow stripes, also these locomotives were at some point considered very powerful.

Seeing the Sihl Valley at such a slow speed, which all people around the tracks smiling and waving is a very relaxing experience, although one young girl in carriage found the whole thing way to noisy. Sitting in the old style carriage with wooden benches, windows wide open, we could smell of the engine, hear its chugging. In the tunnel we could see the sparks against the dark wall.

One thing I had not realised is that the terminus station, Sihlbrugg is not used as railway station anymore, which is a bit strange because this is the connection point between the tracks coming from the lake side and the tracks in the Sihl Valley. On Sundays there is only a single bus stopping there every hour. Thankfully the friend we wanted to visit came to pick us up. So while it is ride I would recommend, it makes sense to either stay onboard when the train goes back to the city, or get of at Sihlwald, which is still a stop of the S4 line.