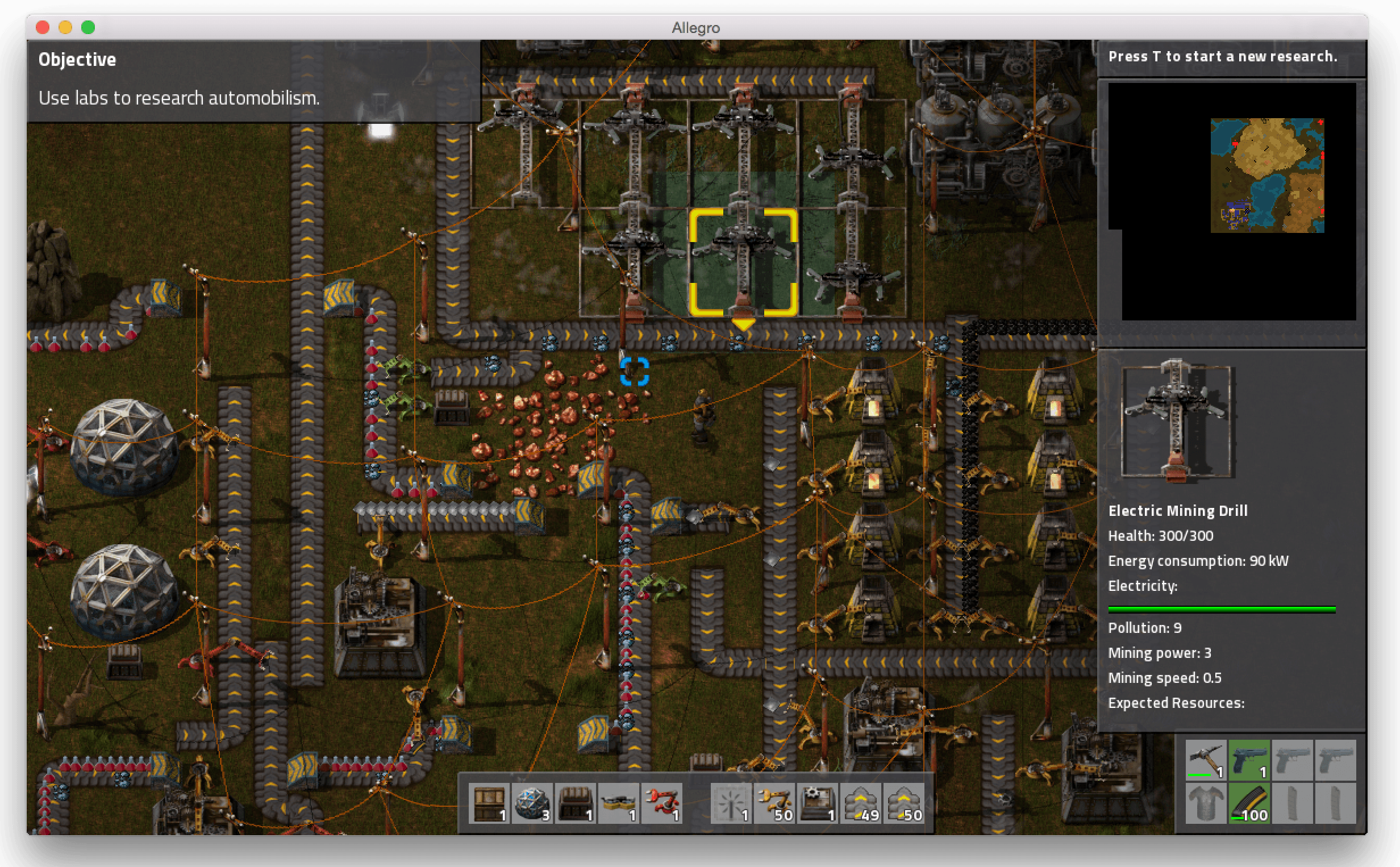 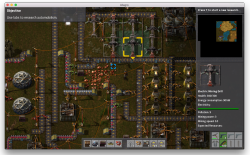 I always loved the building aspect of RTS and strategy games, but while you can build cities or regions, they don’t really have to work. Factorio is a game that puts logistics in the center stage, with a story line based on a geek’s fantasy: build a full civilisation from scratch. Your character starts with a ship-wreck and has to build everything. I’m at the stage where I’m trying to build a car. Basically, the goal of the game is build an automatic supply chain management to provide your character with stuff.

I tried the demo version and was instantly hooked and bought the alpha version. Despite the alpha label, the game plays nicely for the level I tried. As it is written in Lua, the game is available for most desktop platforms. There is a free demo with the introduction stage, be warned, though, the game is addictive. If you want to play on OS X Yosemite, download the experiment releases (0.11.8).