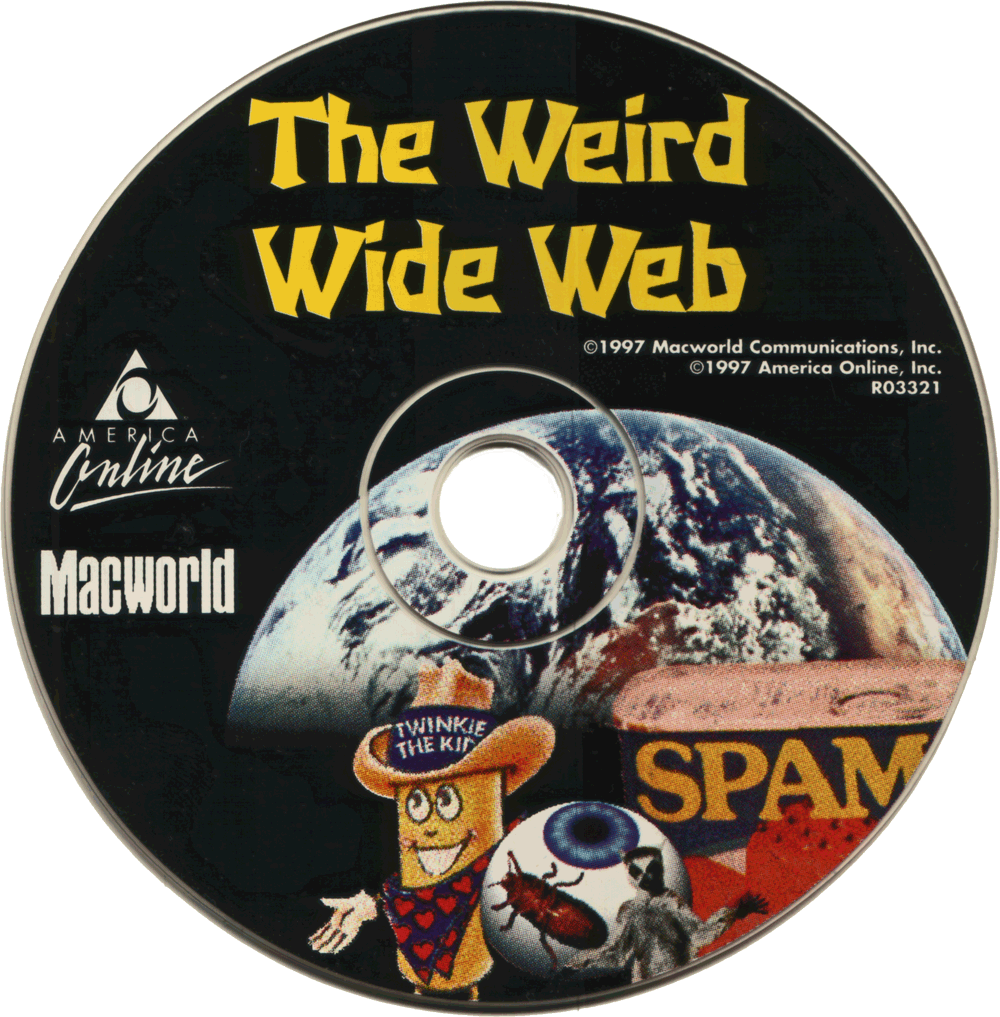 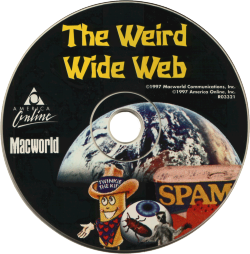 Last Sunday, I was cleaning up my pile of old computer CDs and DVDs. Most of them are drivers for devices I have long lost, or given away. Among them, various promotional disks found with magazines or attached to product. Most of them ended up in the trash, but among them I found a small gem: a production of AOL and Macworld entitled The Weird Wide Web.

The disk was produced in 1997, and is promotional material for the eponymous book, which samples the weirdest sites on the web at that time. It contains the actual content of some of these sites. 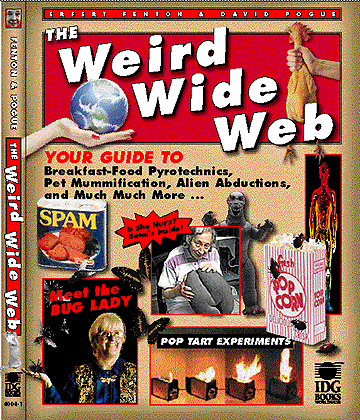 The CD in your drive right now lets you explore the famous World Wide Web without actually being online — indeed, without even owning a modem! Not the entire Web, of course, but what we like to call the Weird Wide Web: the funniest, weirdest, bizarrest corners of human imagination. We love these twisted, hilarious Web pages so much that we wrote a book about them. It’s called, of course, “The Weird Wide Web.” It’s available, in paper form, at your bookstore, published by IDG Books and written by Erfert Fenton and David Pogue.

The purpose of this CD tour is to let you read parts of our book — and actually visit the Web pages we’re describing. This electronic tour works exactly like the real Web works: Just click any words you see that are in blue underlined type like this — and you’ll be taken to a new “Web page,” without ever leaving the comfort of this CD.

The actual web-content is pretty light: 80 Megabytes of disk space, mostly take up by a Quicktime time introducing the book (67 Megabytes). The remaining 17 megabytes is the content of a few web-sites which where hot at that time: Alien Abduction Insurance, AGD Antics and Mayhem Page (AGD was a division of Silicon Graphics), the Igg Nobel Prices. Many of the pages render well today – if one ignores the horrible quality of the graphics and the blinking logos encouraging one to download internet explorer – but many other were badly structured: Bad MIME types, wrong file names, etc.

What I found interesting is the fact that at this point in time, it was more convenient to deliver web content using optical media, but also the fact that the first word that got replaced in World Wide Web was not Wide, but World, this after all was an US book about US web sites. There is also not a single mention of copyright anywhere, no acknowledgement of the permission of the copied website’s owners. Today there would be at least one megabyte of legal disclaimers and licenses.

Most of the referenced web sites have since disappeared, even the link to the author’s web page at http://members.aol.com/Pogue/Weird.html is dead. While this is hardly surprising after 14 years, it still highlight how fragile url links are: the physical book has an ISBN 978-0764540042 and can be still found and bought even though the web content it refers has mostly disappeared.