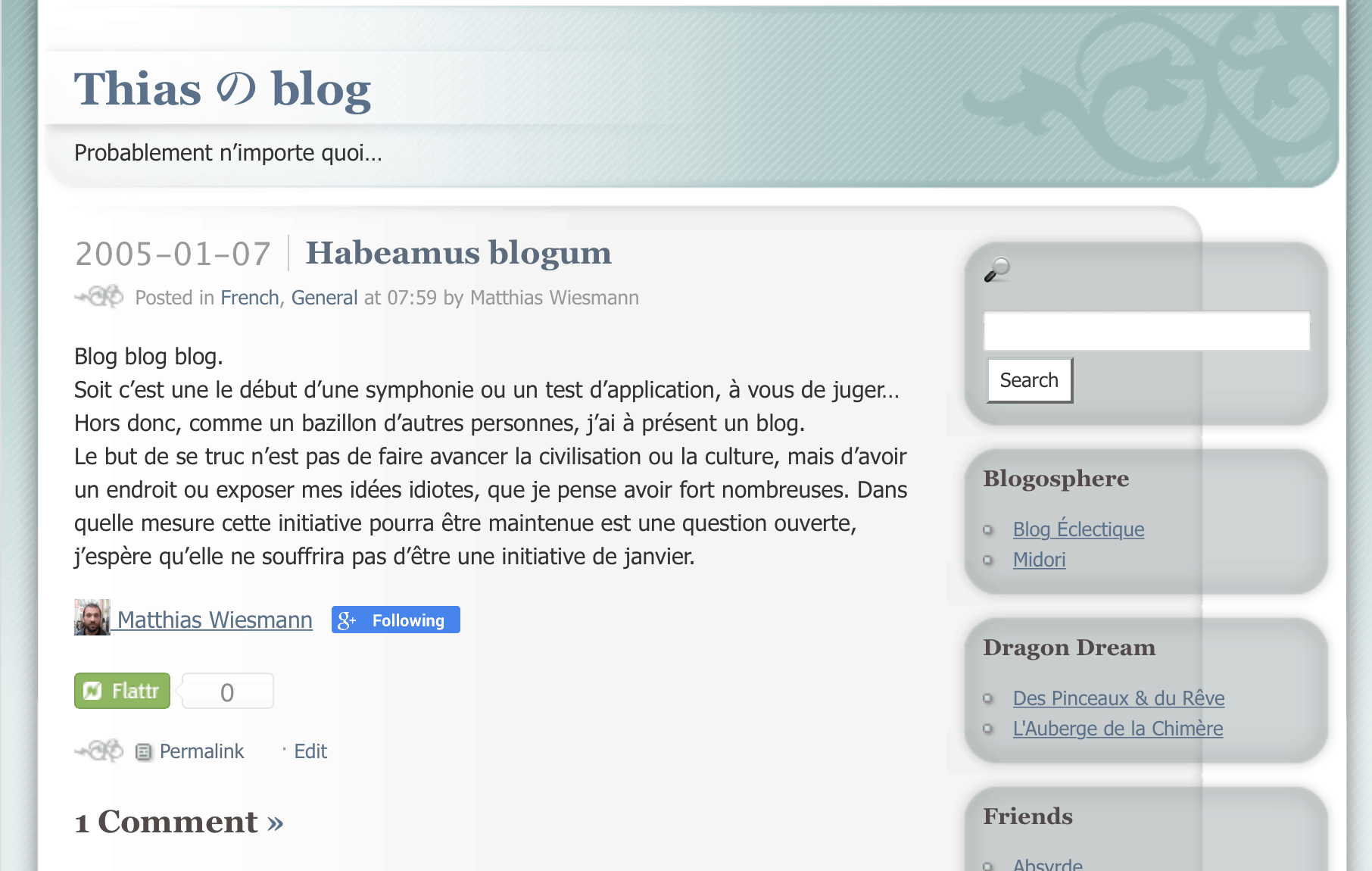 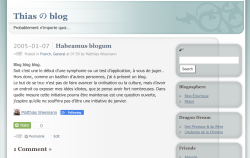 More than nine years ago, I started this blog, today’s entry is the 1300th post. The first post, was unsurprisingly just a small introduction in french.

At that time, the blog was running WordPress version 1, provided by the french ISP free, since then, the blog migrated between multiple domain names and hosting providers, and changed the themes multiple times. Many of the old entries are about articles and pages that are no longer on the internet, others rely on technologies that have died out, or plugins I have meanwhile removed. In the long run, keeping a blog consistent is a pretty hard task.

The subjects I write about have not changed that much: role-playing games, technology, languages and things around me. Sadly I have stopped writing in Japanese as this has gotten too hard for me. The guiding principle of this blog was always to keep the flow going, not doing perfect entries, I kept true to the motto probablement n’importe quoi, which translated to probably random things.

This blog typically gets 50 visits a day, but there have been spikes when one or the other article was referenced in a high-traffic page. Interestingly, comments are not so much proportional to the traffic, I get most of the comments from a small circle of friends, typically on pages about general subjects (books, online article), while most of the traffic is on post which are more technical. Flattrs are also not correlated with traffic, I got most flattrs on blog entries that are personal. None of my high traffic posts ever got flattered, regardless of the language.

If one excludes spam-bots, comments were nearly always civil and to the point. In all these years, I only got one agressive comment when I wrote about gay mariage, again in French. This was at the time when the law changed in France. One more reason to be reluctant to talk about politics in public forums.

This blog was a pretty spontaneous thing, and to a large extend still is, as it acts mostly as a scratch-pad for my ideas and I have no plan for what I will write about next. This blog will go on as long as I have ideas for it, I hope this will for a few more years.