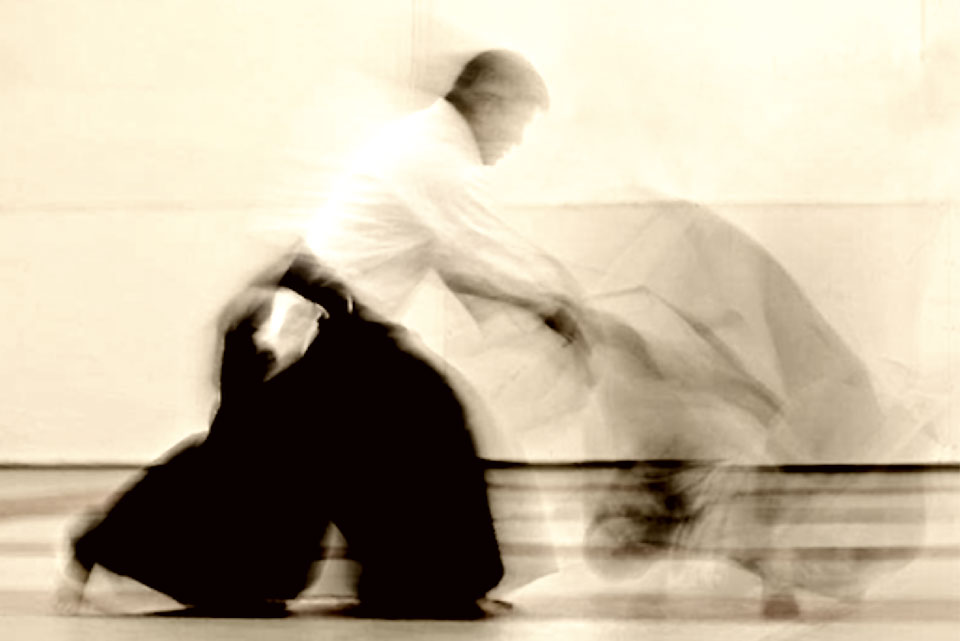 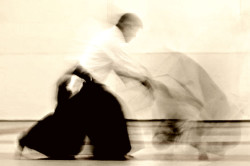 I have barely returned from the aikidō seminar in Mürren and there was another one, this week-end Ikeda Shihan was in Zürich. This was a very big seminar, with more that sixty people, it took place in one of the big gymnastic halls of the university.

The lessons were about some pretty subtle techniques, with a lot of work on breaking the balance of the partner, the level of mastery of Ikeda-sensei made it look like some parlour trick, but the face of the uke showed that were not faking it. While those techniques are extremely interesting, they are quite hard for me to reproduce, also because the seminar is short, with a lot of participants, you have little time to tune yourself with your partners. I sometimes had trouble connecting what some advanced people were doing with what the teacher showed. Beginners typically try to reproduce what is shown, but sometimes ranked people seem to do, not what the teacher showed, but what they think the technique ought to be, which ads some confusion

Still it was good to have someone explain the core ideas behind the techniques, and Ikeda-sensei did that with a lot of humour, which is good, because it is very easy to get bogged down by frustration as you are unable to do what he showed. The seminar was complemented by a nice party saturday evening, despite the pretty grey weather it was fun. The facebook page of the event has some photos. All in all an extremely interesting seminar, which really extended my perception of aikidō, but now I’m really tired.