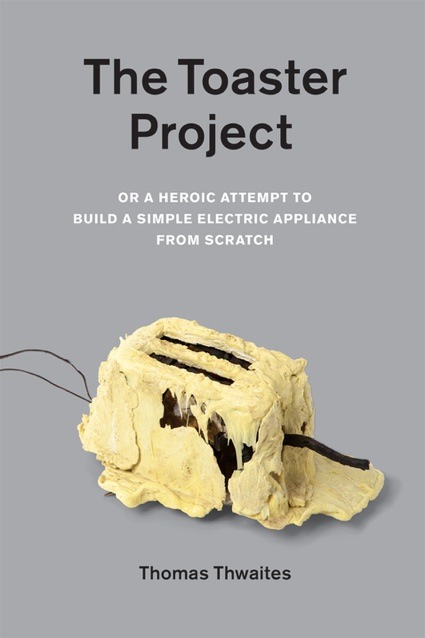 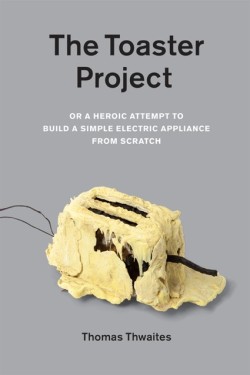 I had heard about the Toaster Project by Thomas Thwaites, from some friend who actually had the seen the TED talk. Instead of just watching the talk, I bought the book. Both tell the story of a design student’s master project, which was to build a toaster from scratch; this meant mining the various raw material and refining them using equipment available to normal people.

I found it interesting that the project was undertaken by a person who is neither an engineer, nor someone involved in the maker mouvement, instead a student who would normally just draw the toaster in a CAD program.

As any engineer could tell you, this is a horribly complicated thing to do, and the resulting device is pretty rough. As often, the journey is more interesting than the result and Thomas discovers the complexity of building a cheap, everyday object. This quest gives us insights on the structure of production, industrialisation and the relationship between everyday persons and the goods they use and own.

The book is quite short (≈190 pages) with many illustrations, and is a really fun read which I recommend to everybody.

One thought on “The Toaster Project”