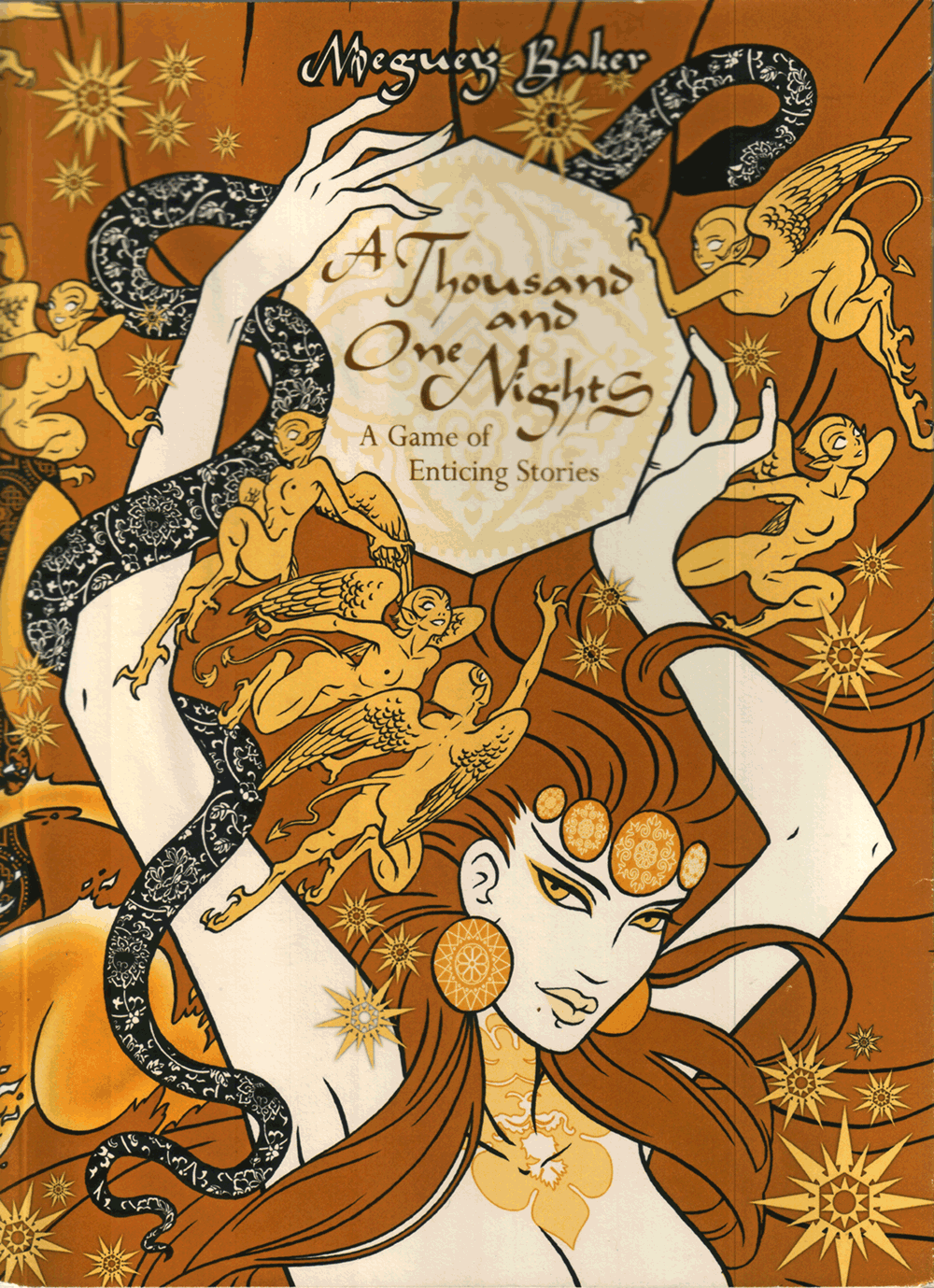 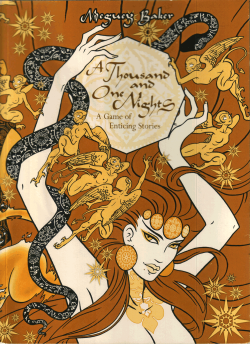 While I used to be very involved in roleplaying games, I have not really followed various trends, like for many others, the amount of time available has dwindled and I have reached some kind of local minima, a form of game that mostly works, typically using an old and flawed system which I know well.

Before leaving for Japan, I sold a large part of the gaming material I knew I would never use. The little gaming material I bought since, was mostly to get ideas for settings and scenarios, rarely did a used the game per se. Meanwhile I have been trying to go towards a more narrative solution, which is hard because among the players I have, many are not GM at heart, but I still try.
A thousand and one night by Meguey Baker is a small game I noticed somehow on the internet, I don’t remember who pointed me to it, but I ordered it. It is a nicely designed booklet that presents a game where people tell thousand and one night tales. The game is nicely written and the illustrations are beautiful (I tend to dislike illustrations in US games).
The gaming system is pretty simple, with players betting dices, on the outcome of actions, one key aspect of the game is that at any point in time, a character can start to tell a story, effectively becoming the GM within that sub-story. Maybe because the root narrator is the Sultan, this reminded me of the some free game I once read, where the GM is some omnipotent tyrant and the players are various conspirators – annoyingly I have forgotten the name of the game.

If you are looking for some reference about the period or the setting of the 1001 night tales, you won’t find much in this book, the game gives some hints on how to set the ambiance, dim lights, confortable seating and arabian food, but stays admirably vague about the setting. I partially understand this, as everybody knows the tales, and realism would get in the way, but it also felt very politically correct.
Did I like reading this book? Yes, will I play the game? probably not. As with many other games of the same time, I only see this work if I played with a group of experienced GMs, or maybe younger players. The book does not give many hints on how to bootstrap the process, how to get the story flowing. Somehow I feel this is yet another game that falls in the middle of the uncanny valley between classical RPG and narrative games like story dices.

All in all a nicely written game with good ideas which I can’t use.