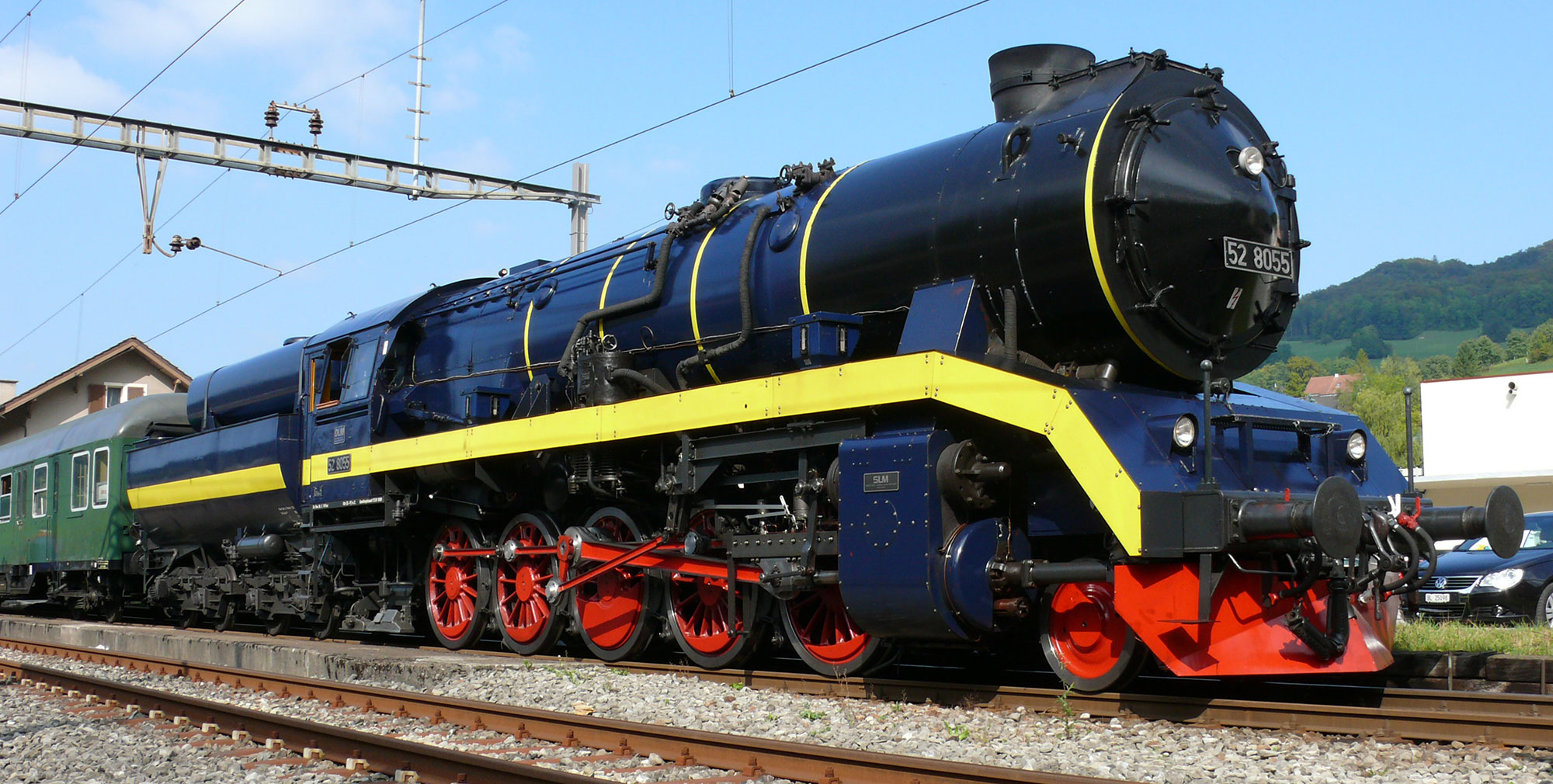 While looking around for references for my dieselpunk roleplaying idea, I ended-up reading a bit about steam locomotives. While steam-engines are considered low-tech enough to be part of the romantic landscape of steampunk, they are quite complicated systems, they got constantly improved between the first prototype built by Richard Trevithick in 1804, and the demise of that technology, 150 years later.

Steam locomotive were supplanted by either electric or diesel-electric engines, with lower maintenance costs, and in the case of diesel-electric locomotives, better energy efficiency. Diesel locomotives typically have a 35% thermal efficiency, that is for each unit of energy it consumes, about a third translates into actual work (pulling trains). Steam locomotives typically had a thermal efficiency of 7%, although late prototypes reached 12%. Steam engines have the added drawback that they need water besides fuel. Unsurprisingly, steam technology appeared in a region where both water and coal were abundant.

Are steam locomotive really a thing of the past? Maybe not. There have been numerous technological advances in the last seventy years that would benefit a steam engine: better mechanical part, stronger and lighter materials, including improved insulation, computer based controls; so it seems conceivable to build locomotives with a thermal efficiency of 20%.

While this is still below the efficiency of a diesel locomotive, or even a car with a combustion engine (25%), steam locomotives have the advantage that they can run on a variety of fuels: coal, which is currently cheaper per energy unit than diesel, but also wood pellets, or even oil. It is also possible to build fireless steam locomotives that can run off some local source of steam, say the heat exhaust of a factory.

One interesting experiment is locomotive DLM 52 8055, a Kriegslok, i.e. a wartime locomotive built in occupied France, that ended up in Eastern Germany. In 1999 it was refitted in a modern way by Dampflokomotiv & Maschinenfabrik (DLM) in Winterthur, a spin off of the old Schweizerische Lokomotiv- & Maschinenfabrik (SLM). I could not get numbers about the efficiency of the new locomotive, but the conversion nearly doubled the locomotive’s power from 1176KW to 2205KW and its maximum speed was raised from 70 km/h to 100 km/h.

Currently the focus seems to be on repairing and upgrading the stock on exotic train lines (narrow gauge, cogwheels) only time will tell if the technology will do a more general come-back…