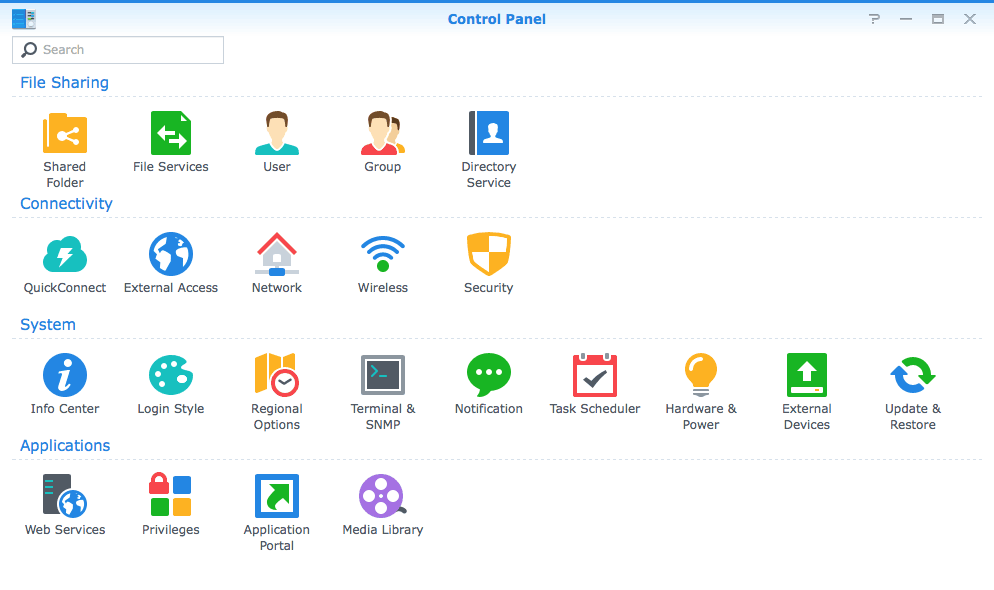 Synology has upgraded the software of its Diskstation line of servers to version 5.0. This version brought mostly features for power-users and a lot of incremental improvements, in particular for file-sharing performance, which are very welcome. The most visible change is the new, more polished UI. It is interesting to see how far they got in emulating a window manager within a browser. The sad part is that the new UI looks like a clone of Windows 95, and is as intuitive.

Sadly, I mostly noticed the difference in terms of what broke: my squid installation first, but that is not critical. More annoying, the printing sub-system, which was providing both Airprint and Google-print broke. Of course this happened on the one week when I needed printing to work, and ironically, the one time I did not install the beta of the new software. The forums contained the usual recommendations so that the NAS would find my printer again: unplug, restart, replug, Windows 95 indeed. The one feature that motivated me to upgrade was a system to handle unified cloud storage (Google Drive, Dropbox) synchronisation – it took me quite some time to realise this is done by the way of an app one has to install.

The new release comes with new version of the mobile phone apps. Promising features, like the ability for DS audio to stream music to my Chromecast, but again broken by lack of testing, my Chromecast did not recognise the authentification keys of the app – the trick, I figured out, is to disable https, when you log into the NAS from the app.

All in all, a pretty disappointing release, I wish Synology had spent more time to test this version before releasing it to the public. If you don’t need the performance improvements now, I would recommend you wait until the various quirks are fixed before upgrading.