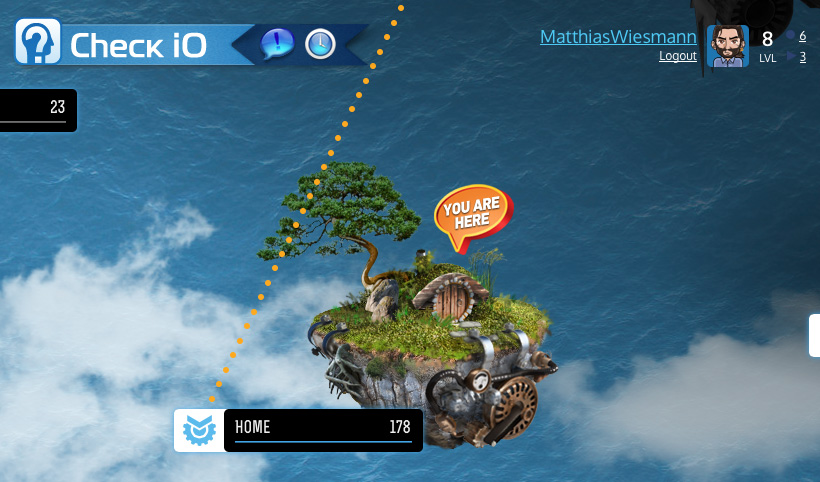 I have spent the last few days playing on CheckIO, enough to reach level eight – you need to be logging in and have reached a given level to see another user’s page. While one could consider this site to be a game, its puzzles are basically small programming problems one has to solve using code written in Python. Some of them are classics: sorting numbers, producing roman numerals, others are more esoteric, I’m always impressed by the stories that people create so they can use the Fibonacci sequence in code.

CheckIO’s web interface contains a small editor with syntax highlighting and the ability to run python code, both in 2.7 and 3.3 variants. So you can run your solution and then check it against the official validation tests. Once you solve a puzzle, you can publish it and discuss the solution of various people. Thanks to this, I have already learnt a few python tricks I did not know.

So if you have minimal python skills and like coding puzzles, this is a really good site.

One thought on “Checkio”