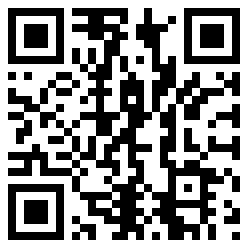 A long time ago, I remember reading an article discussing the advent of broadband, and which technology would dominate: DSL or Cable. The author of the article made an interesting point, technically, cable was better, as a coax cable can carry way more data than a phone cable, yet he predicted that DSL would dominate.

His reasoning was that telecom companies had decades to do any possible mistakes and stupid designs for data transmissions, while the cable companies were new at this. His prediction turned out pretty true, at home I have a DSL connection, and they are pretty common. Optical fibre, which is technically the best data carrier, is still the exception.

People working in software tend to underestimate the amount of time and work to get a new N to N system working in the field. Writing good specifications is very hard, and it takes multiple iterations to get all the implementations to work nicely together and to clean up all edge cases. This is why data formats and network protocols tend to live much longer that software.

Recently I used the same argument to explain why NFC would not work well for a few years, and certainly not supplant Bluetooth. Bluetooth is now 15 years old, so people have plenty of experience about bad drivers and complicated compatibility issues. This also means that Bluetooth now works: I regularly use Bluetooth HID devices (mice and keyboards), Bluetooth internet tethering on my on-call phone, my iPhone syncs with the stereo system of rental cars and external speakers just work. In contrast, NFC as only been deployed in closed loop systems: public transport tickets mostly, where there is a limited number of suppliers and a single entity overseeing the deployment.

In a sense NFC is not competing with Bluetooth, but with barcodes: most of the contact-less data transmission that I have used these days does not involve radio-signals, but an mobile phone app displaying a QR code to a scanner. Again, this is way less efficient than transmitting a radio-signal, but QR codes are a mature technology that have been deployed widely since the nineties.

One thought on “The day Bluetooth worked…”