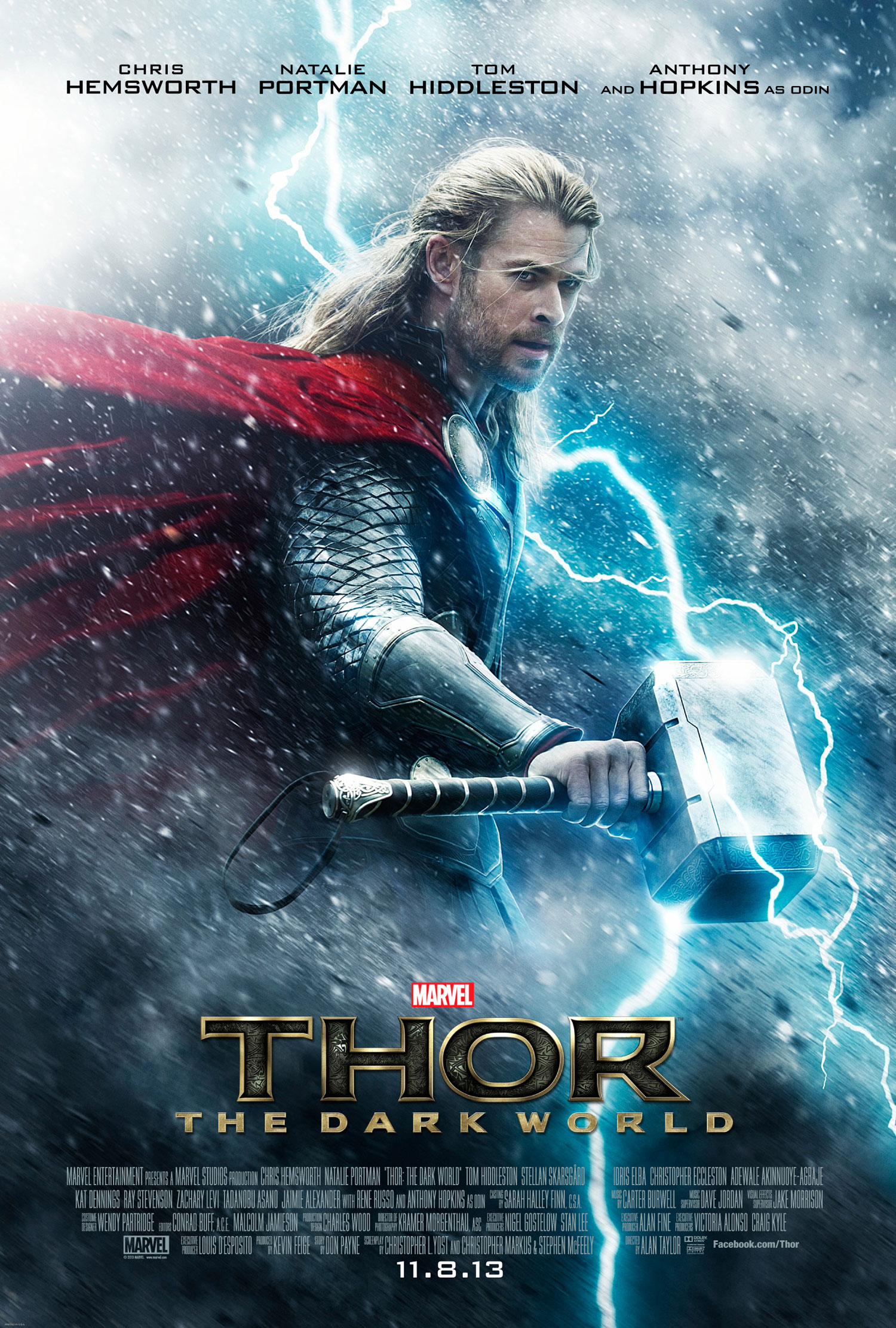 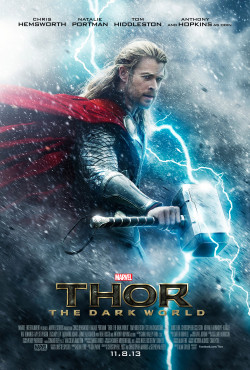 This was a very rainy autumn sunday, so I went to see Thor – The Dark World at the cinema. Believe it or not, this was the first time I saw a movie in 3D, I had somehow managed to escape this new trend for ages, I also don’t go often to the cinema. I had seen the first Thor movie and found it fun, and I had also liked the Avengers, so I went into the cinema with reasonably good expectations.

On the positive side, I found the visuals and the costumes of Asgard gorgeous, this movie has given that place more depth than any of the preceding one of the Marvel franchise. It is really a shame that this beauty was sabotaged by the 3D. Basically my position relative to the 3D oscillated between two modes: not noticing it, and noticing it. When I was not noticing it, well it was fine, put pointless, because I was immersed in the story, like in a ordinary 2D movie. When I was noticing, this felt either like a trick, which distracted me from the story. The worst was when the 3D camera plays around with the focus, this felt like somebody was trying to f💣k around with my eyes. I really hate that, in particular when I’m supposed to admire some panorama.

I found that the movie took ages to get started, with a lot of needless plot exposition, it took half the movie to get the whole story moving, to say that the plot is classical is an understatement (spoiler): dark elves want to destroy the world using a magical thingy. We get the tension between Thor, his father, his mother and Loki, again, nothing ground-breaking. Nathalie Portman’s character plays a very secondary role which I felt was a shame given how fun the character was in the first movie, and this time, she is possessed by the evil magical thing, and… nothing. Tchaikovsky’s Black Swan is darker that the magic thingy. Very disappointing.

The end of the movie confirmed my problem with Iron Man Ⅲ: the Marvel franchise went to great length to introduce some common elements between the movies of the franchise in the form of SHIELD. In this movie, again, this organisation does nothing, even though one of the physicists of the previous Thor incident runs around naked, there are perturbations in the space time-continuum and spaceships ripping out bits of London. The francise is just an excuse for some stupid cameos.

Clearly Alan Taylor is neither Kenneth Branagh nor Joss Whedon, and the result shows, Marvel’s accountant have just given out this part of the franchise to some random Hollywood director, and the result reflects this.

One thought on “Thor – The Dark World”