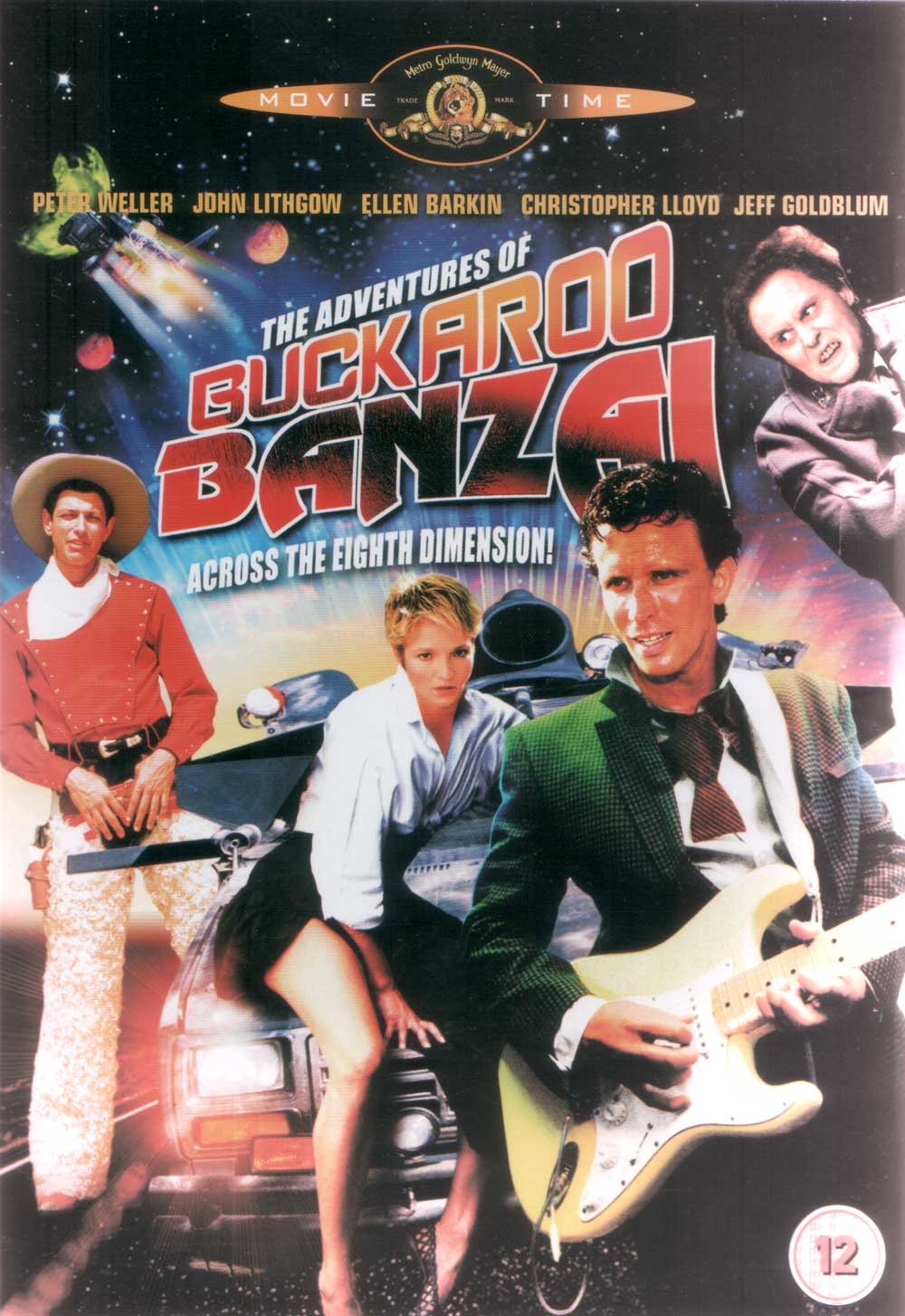 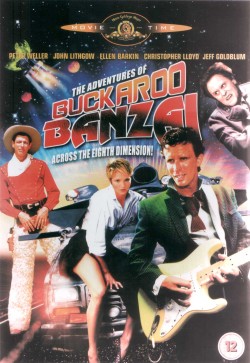 I have vague memories of one of my childhood friends being very enthusiastic about The Adventures of Buckaroo Banzai Across the 8th Dimension, it was around the time when the song Video killed the radio star came out. I never saw the movie, time passed and I forgot. One day the word popped in my brain, and thanks to internet I watched the trailer online and ordered the DVD.

Buckaroo Banzai is a top neuro-surgeon, rock star, but also a test pilot. He drives successfully a car through a mountain and across dimensions bringing back some creature from the elsewhere. The newly discovered capacity of dimension travel attracts the attention of other aliens and cold-war earth ends up embroiled into a cross dimensional feud.

Buckaroo Banzai is a typical product of the eighties: a mix of early pop-style, cheesy science-fiction, positive attitude (despite the ongoing cold-war) and low level stuff: labs are small, equipment cobbled together. Buckaroo Banzai has a rock band and a adventurer group, yet the bus that acts as his base is probably smaller than the one used by today’s rock stars (who are certainly not neuro-surgeons).

Despite the absurd scenario and the crappy special effects, I found the movie quite fun, there is certainly a certain amount of nostalgia, but the movie’s raw nature mean that the story has some pretty unpredictable parts, in particular when you are used to the formulaic movies of today. Some of the ideas are quite quirky, like the fact that all aliens are called John. Quite a strange watch, in particular when you realise that the male characters are way cuter than the only lonely woman in the group – like all science movie of that time, it includes Jeff Goldblum. Add a nice satirical bent to the mix, and you have a fun watch.