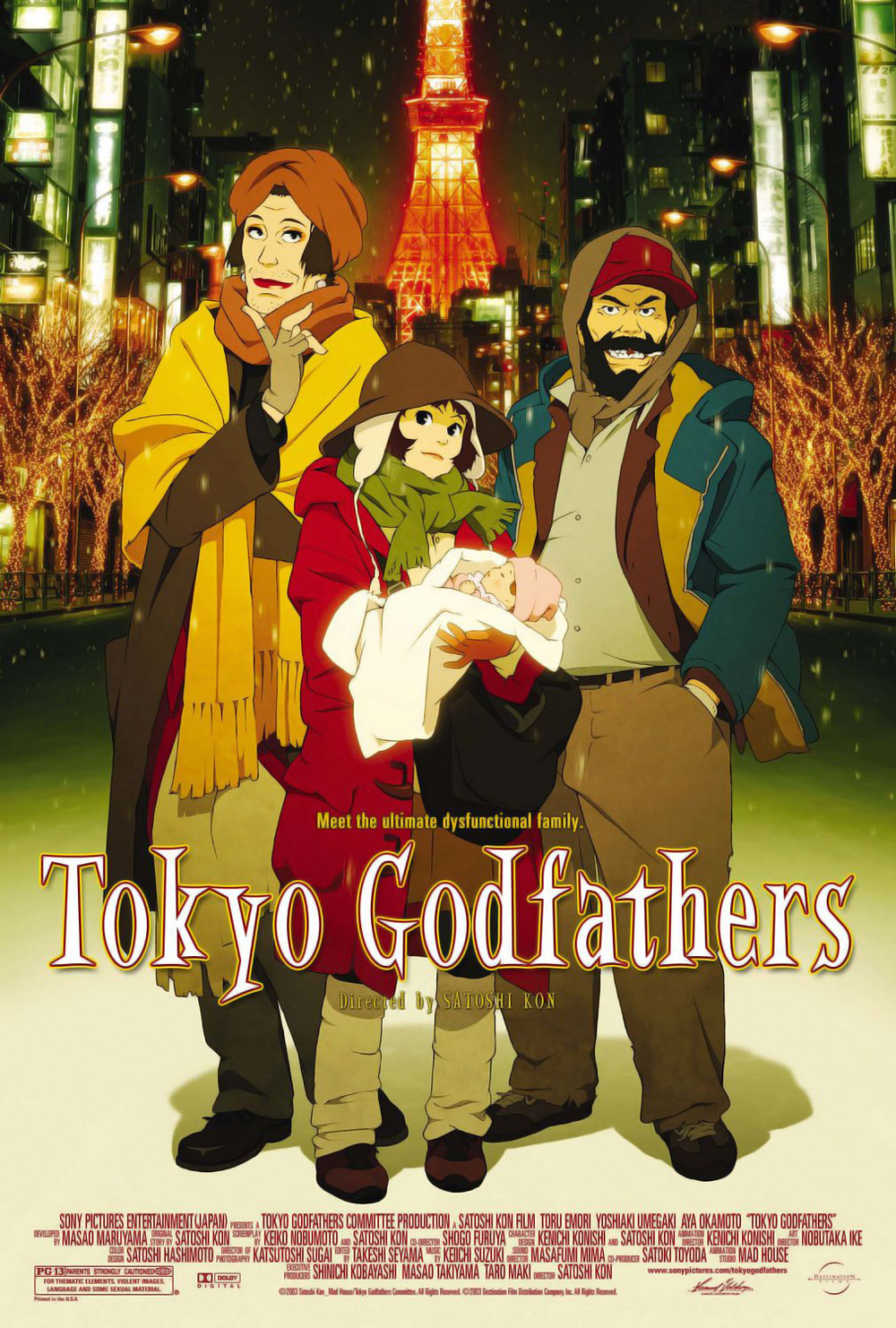 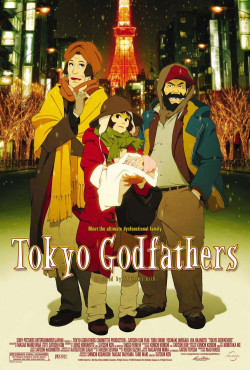 As I’m a fan of Satoshi Kon, was on my list of movies to watch. Where Millennium Actress used japanese post-war cinema as a backdrop, Tōkyō Godfathers is set in the underworld of Tōkyō: three homeless, the archetype of the dysfunctional family, find a newborn child in the garbage and start a quest to find its parents.

The main theme of the movie is childhood, with various character reminiscing their childhoods, their families and the relation between perception by their kins and their current situation. While the movie is quite dramatic, it is also quite surrealistic, and as such funny. I found the movie much more classical in its format than Paprika or Millennium Actress. While less stunning visually, it also makes the story more grounded. The plot has a meandering quality which means it was impossible for to predict how the protagonists would reach their goals, more than a quest, the story is a chaotic flight in the underbelly of Tōkyō.

In short, I nice movie I would recommend if you like slightly surrealist stories and a must see for any fan of Satoshi Kon.