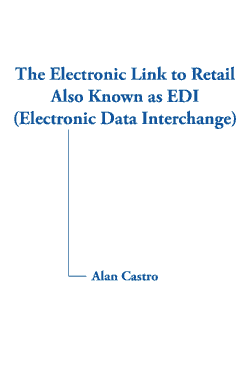 This must be the worst written technical book I have ever put my eyes on. There is no structure, no plan, no insight, just some badly written english intermixed with some poorly formatted, non-documented examples. Is the author a human that should forever banned of touching a keyboard, or a really bad markov-chain algorithm? I would tend to think the first, because algorithms tend to produce better english.

The section about the author is a pretty good example of the style of english present in most of the book.

My name is Alan Castro. I became a computer consultant for the past twenty years. In the 1980’s, I was part of the process of developing the Electronic Data Interchange, also known as EDI. I had put the first company in use with EDI. As the years went on I have developed EDI to flow thru the software packages so there would be no manual entry.

I have also developed an EDI package that can run on its own. This is when the data is transmitted in your system, the data is also ready to be transmitted as an invoice or an advanced ship notice.

In short, this is a really worthless book, that will not help anybody understand EDI.