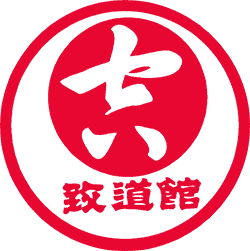 Besides , I now have been following some classes at work for a few months. The classes are given for free by a colleague and we use either the fitness room or one of large meeting rooms for this. My main motivation for doing karate was to strengthen my posture and get some muscles. While my posture problem is also corrected in aikidō, this is less of an emphasis. As for getting some muscles, given aikidō’s emphasis on not using strength, this is just not happening.

I had done some while I lived in Japan, and the current karate course at work was not the first of its kind. There were previously two courses of , which faltered for various administrative reasons. The main advantage of doing sports at work is that it is very close and convenient, I basically just need to go down to floors. The main disadvantage is that it is in the work context, where I already spend plenty of time.

The particular school of karate we are learning in is International , a variant , which descends from . As far as I can tell, the logo is “七い” (seven + “i”), with the word written below, but my reading of the symbols in the center don’t make much sense, so I’m probably missing something.

Training is quite different from aikidō: there are no rolls and falls, which is probably a good thing because the rooms we use for training have no mats. There is a heavy emphasis on basic moves and katas, which take up most of the time of lessons. According to the school’s web-site the goal is to not stress beginners:

While this fulfils my initial objective, I must say it feels pretty abstract at this stage: I spend most of the time doing empty movements in front of the mirror. One of the first exercices, means empty punches. The end result feels more like I’m doing ballet than anything else. Kata are a bit troublesome, as I have a horrible memory for sequences and I easily confuse left and right, so I have to spend concentration on the sequence instead of the actual moves. Also the general combat philosophy seems to be to stand ground and do strikes, when you are the shortest guy in the class, this does not sound like such a good strategy.

So my feelings are pretty mixed, I think this practice is very positive for me, but at the same time, training is a bit frustrating, as philosophies are not aligned:

Basically, the school’s philosophy is to optimise training time by having very solid basics with a very precise structure. I don’t really care for optimising my training time, I don’t have any particular illusions in reaching a significant level in any martial arts, they are just a mean for me to have better life. On the other hand, I’m a pretty chaotic person, so following a very precise plan is not exactly my forte, it comes as no surprise that my favourite part of aikidō is , literally grasping the chaos, which means a lot of improvising…

So I think I’ll keep aikidō as my main martial art, but keep doing the karate training to try to fix my stance and strengthen myself a bit…

One thought on “Karate”