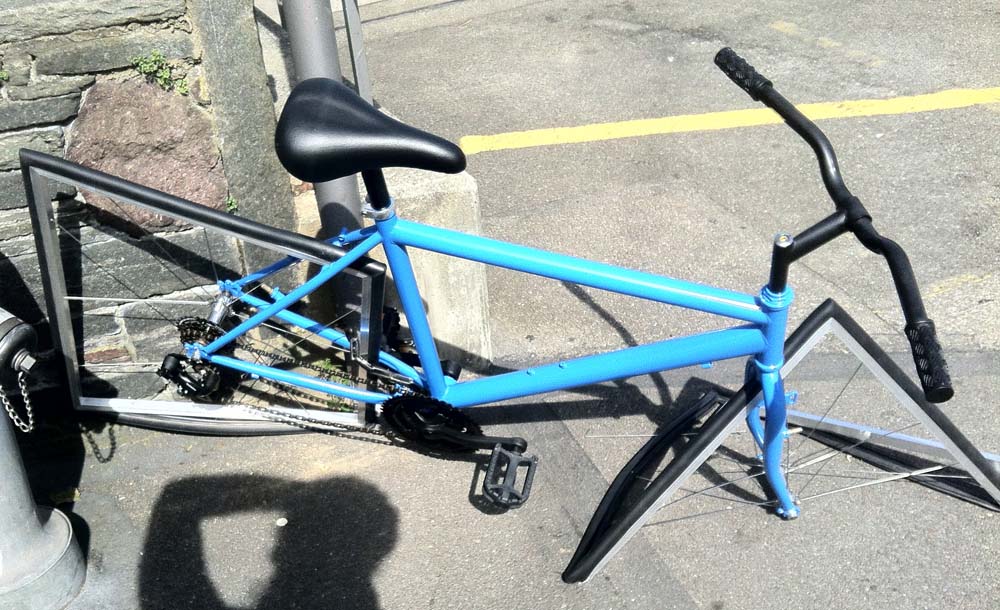 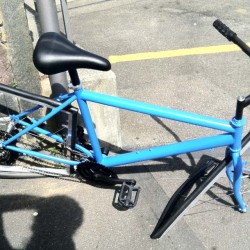 A few days ago, there was a bike with square wheels parked close to this office. This was obviously a part of an advertisement campaign for a cigarette brand. Officially they are advertising for the new shape of their cigarette packs. Of course, a few days later, the bike had been befallen by the same fate as any bike left to long in a city: it was broken. 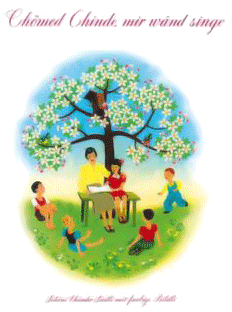 There is something fascinating in seeing more and more indirect advertisement (let’s call this Indvertisement), in particular by companies whose core product is problematic. The goal seems to be to do something sufficiently weird to go viral, while at the same time keeping enough distance from the actual product. As people become immune to advertisement, they need to be more subtle, more embedded in everyday lives. Of course, this makes it also easier to create fakes, like Greenpeace’s Let’s go arctic fake Shell campaign.

When I was a child, my mother had a song book entitle Chömed Chinde, mir wänd singe, sponsored by Maggi. The book contained full page colour illustrations, in each of those, the name of the sponsor appeared, in a small and subtle way: a box of condiments on a shelf, a branded toy truck pulled by a small boy. Unlike today, where the name of the sponsor is typically pre-prended to the real name of the thing, the book’s name bore no relationship with Maggi. This was considered advertisement. Maybe we will get back there eventually.