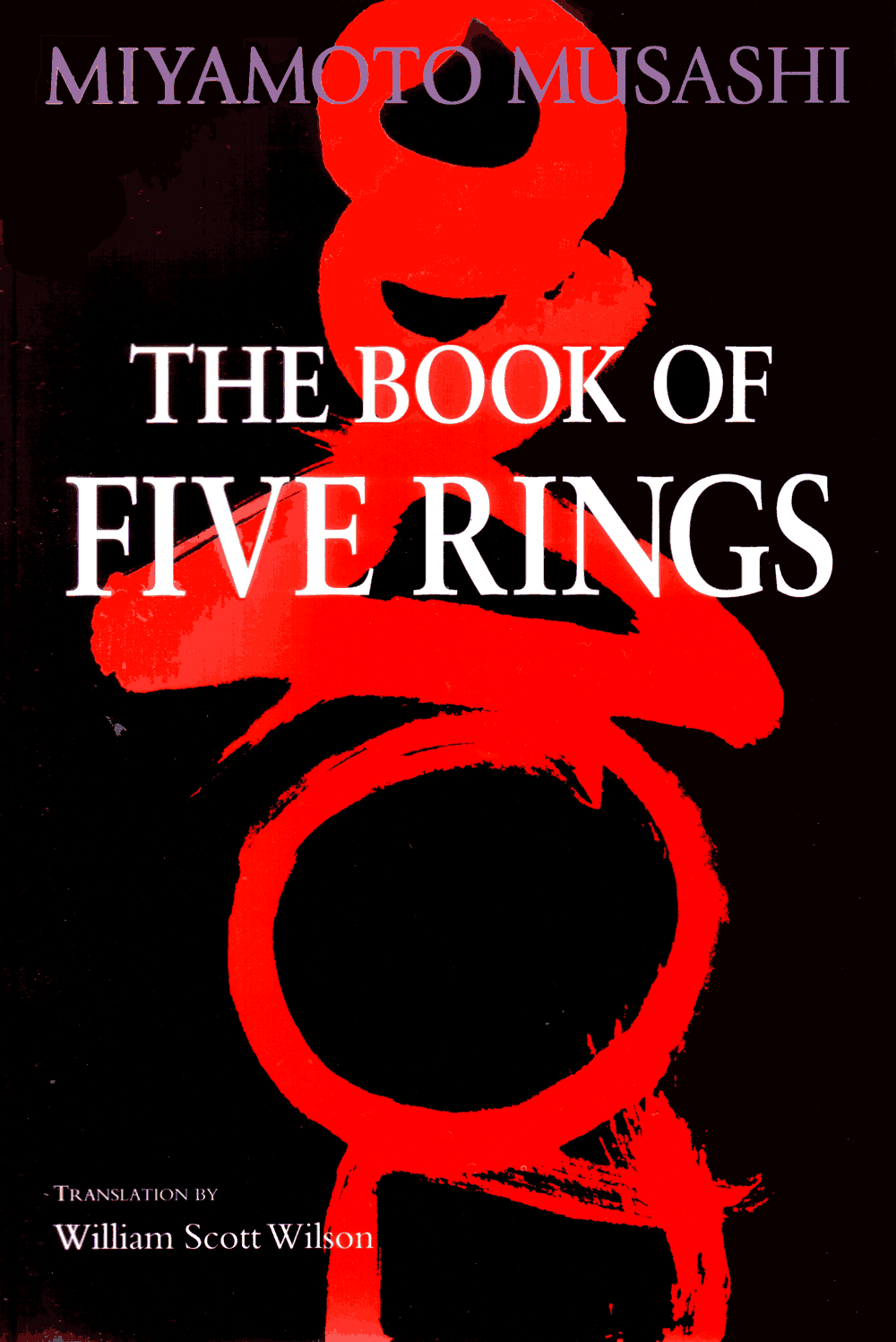 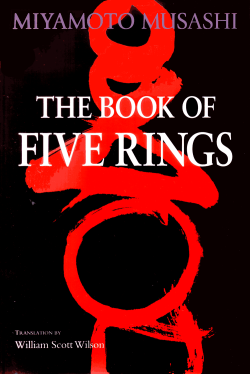 I have read the english translation of the book of five rings, a very interesting book. I don’t think it is only applicable to martial arts, but also to coding.

The book of five rings is considered by some as the second book of strategy after Sun Tsu’s Art of War, and Musashi is some kind of legend in aikidō circles, so when I found a copy of the book of five ring I bought it. These days I’m reading a lot of stuff about martial-arts, so it made it to the top of the pile.

While the text present itself as a martial art reference, it borrows a lot of metaphors from other workmanships, a carpenter in the introduction, a sailor later on. To a large extent, the text is about management and focus, and a no nonsense approach to things, and I found a lot of ideas could be applied to programming: understanding the problem, aligning oneself with the rhythm of things, and changing approaches when ones does not make progress. Musashi advises against any form of preferences, be it for stances, techniques, or weapons, such preferences prevents one from choosing the right approach for the problem at hand. The same could be said about the various techniques, languages, frameworks and paradigms that pullulate in the computer science world, and probably many fields of human endeavour.

In the martial arts, when your opponent is going to use some technique on you, it is important tat you let him do it if it’s useless one. But, if his action is functional, suppress it and keep him from completing it.

Another important notion of the book is the void (), not having a stance, not thinking the martial-art part, instead having your mind observe the situation gathering information. The underlying idea, to be part of the flow, and not let the intellect interfere with that flow, seems to be recurring thing in my life these days, both for work (getting myself and the team in flow of coding) and in aikidō.

While I felt the translation by William Scott Wilson was pretty good, and the provided notes were insightful, the text still has the heavy handed feeling of religious texts: while short, there are many repetitions, and each section finishes with a sentence explaining that this section is very important and needs to be studied further.

One last note about this edition, while the assembly of the paper jacket was pretty weird, the book itself is quite well made, good paper, and a nice layout, not intrusive, but very elegant with a few nice illustrations. All in all I think this book is a worthwhile read, in particular if you are interested in martial arts.

One thought on “The book of five rings (五輪書)”