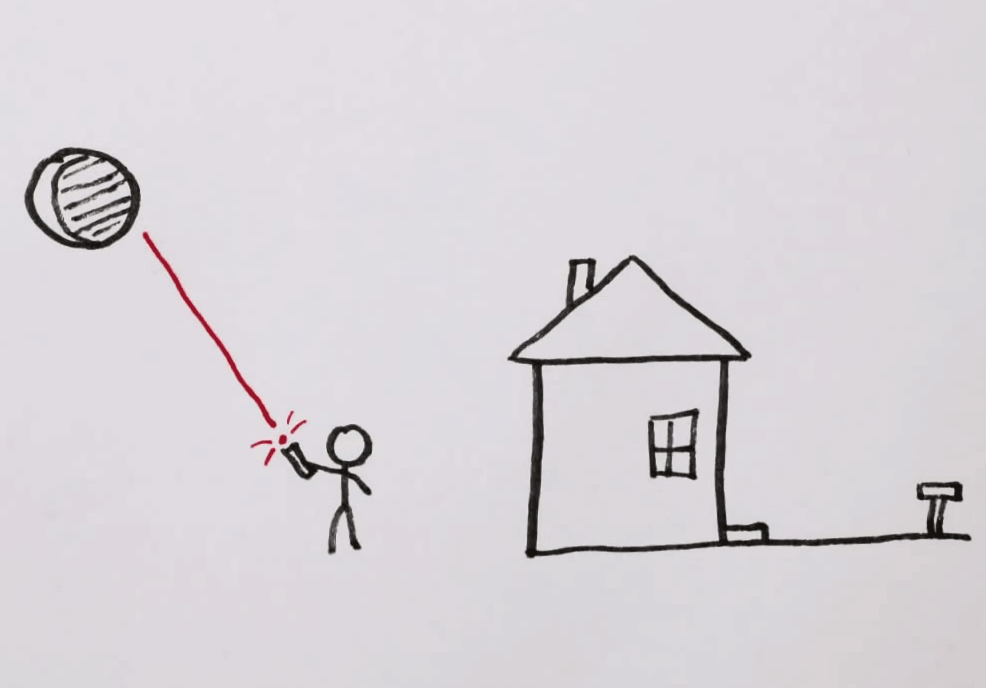 I lately found an interesting animation on youtube that explains how one can break the speed of light by sweeping a laser beam on the moon’s surface. No particle or photon goes faster than the speed of light, but the red dot on the surface does.

If you ever played with a laser beam, you know that the red dot will eventually be followed by a cat trying to catch it. So the solution to have a physical body that goes faster than the speed of light is to put a cat on the moon and swipe a laser powerful enough to entice the feline. So the only thing science need to tackle is cat that can survive on the surface of the moon. We could also terraform the place. Some people would object that we could put the laser on the moon an swipe it on the surface of the earth. Believe me, you do not want to have a cat breaking the speed of light on your planet.

2 thoughts on “The speed of light”