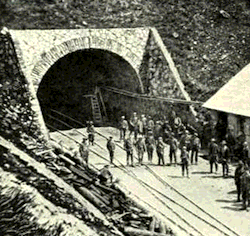 With the exchange rate of the swiss franc soaring, the expression Gnomes of Zürich has reappeared. The idea of portraying swiss people as gnomes is ridiculous, and shows the extent of the ignorance of the anglo-saxon people. Swiss people are not gnomes, they are dwarves.
Consider the following:

Make your own conclusions…

4 thoughts on “About the Gnomes of Zürich”