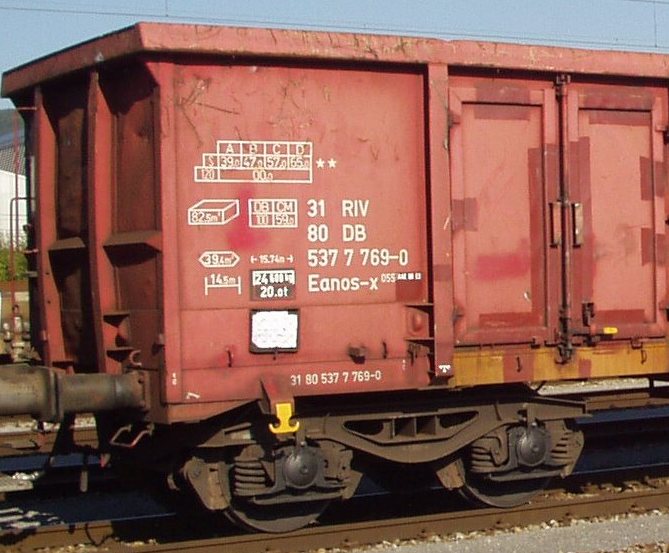 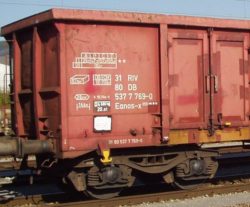 Establishing new standards is a recurring theme in computer science, yet people don’t appreciate how long successful standards last. These days I’m looking into the markings of train carriages, and one acronym is often found: RIV.

This code means that the wagon is authorised for international service, and identifies its type, 31 means Bogie wagon, fixed gauge, railway undertaking owned, TSI compliant. But what does RIV stand for? RIV is an Italian acronym: Regolamento Internazionale dei Veicoli, international wagon regulation.

In 1921, representatives from the railway companies of what used to be Austro-Hungary met with representatives of France and Great Britain to define to rules to facilitate circulation between the various national networks. The meeting took place in Portorož, in present day Slovenia, which was at the time part of Italy, hence the Italian acronyms. A similar treaty was defined for passenger coaches, RIC (Regolamento Internazionale delle Carrozze).

That particular treaty was kept under the stewardship of the Swiss Railways (SBB/CFF/FFS), until 1984 where it was given over to the UIC (Union internationale des chemins de fer, International Union of Railways) which was founded in 1922 in Paris. While most of the RIV and RIC rules have been superseded, the numbering scheme is still valid, nearly one century after its creation.

One thought on “The RIV mark”